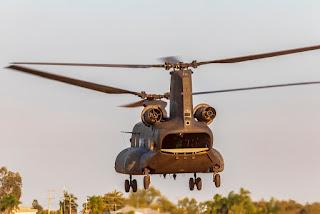 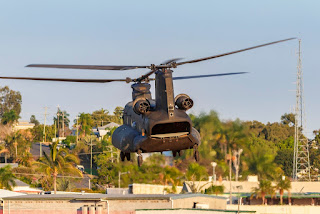 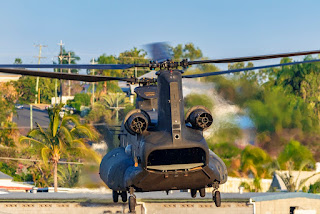 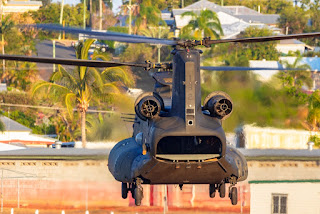 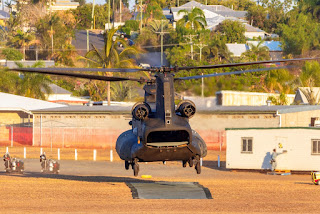 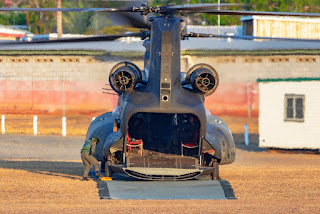 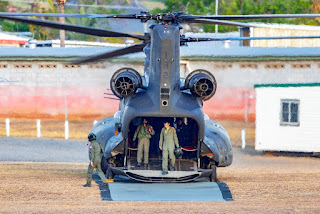 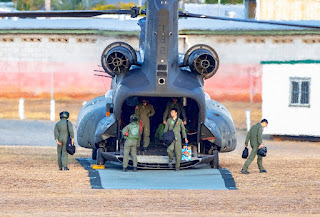 It is believed that Exercise Wallaby 2018 will conclude early next week.  It is in the final stages with a joint co-Exercise Trident currently underway with the Singapore Navy and Royal Australian Navy (RAN) carrying out (amongst other things) a mass seaborne landing at Shoalwater Bay.  Exercise Wallaby 2018 was placed 'on hold' over this week due to a fatal Singapore Armed Forces training accident back in Singapore.

Meanwhile, back in Rockhampton, as previously mentioned, like previous years, most of the RSAF helicopters are utilising the space to land and take off from inside the Australian Army Defence Support Group (DSG) 'Camp Rocky' which is adjacent to Rockhampton Airport.  The RSAF has re-named the DSG as 'Warriors Camp' while they utilise the facility to launch and park some of their helicopters.

Of interest, the Chinook helicopters are flown by the RSAF's 127 Helicopter Squadron which is based at the Sembawang Air Base (SBAB) in Singapore, however as mentioned, the four at Rockhampton are of five that are based at the Oakey Army Aviation Centre.  The squadron goes by the motto of "Strength, Courage, Swiftness", the motto is supported by the squadron motif, a white horse in full battle armour.

The four Chinook helicopters have been heard to continue to use their 'usual' radio callsigns of "Cyclops", "Celtic" and "Concorde".

All photos taken by Russell Prothero  ©
Posted by Damian F at 6:50 PM