On Sunday 11 November, a very smart looking Papua New Guinea (PNG) registered Airbus Helicopters H145 chopper P2-HCD was noted flying North from the Sunshine Coast to Gladstone Airport before it later continued to Mackay Airport where it was photographed below soon after being closed up for the night. 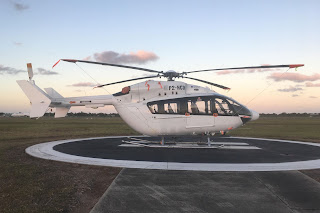 Then early on Monday 12 November, P2-HCD was again photographed before being noted departing Mackay Airport for Townsville and Cairns before it was expected to continue further North to Papua New Guinea. 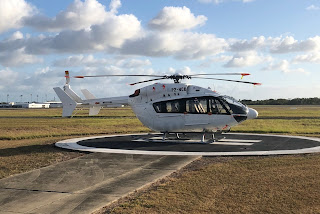 While it is unclear who the H145 helicopter is destined for, we presume it will take up operations with a local company in PNG.