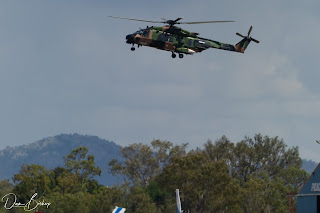 First up, MRH-90 A40-039 arrived directly from RAAF Base Amberley as "Rogue 33".  After taking on fuel it departed to Townsville. 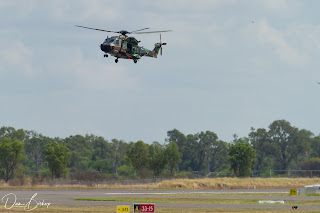 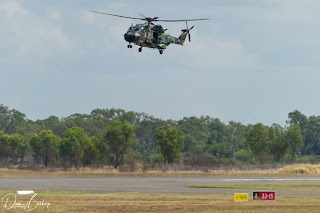 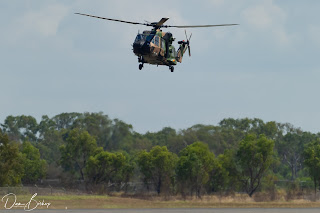 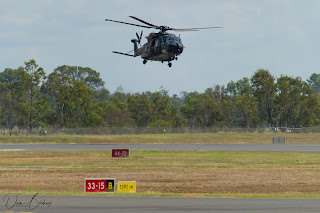 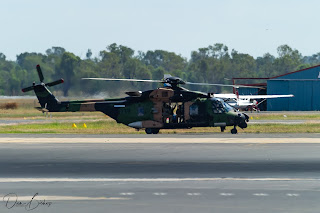 Then another MRH-90 A40-034, which was flying as "Rogue 11", departed Amberley for Rocky but flew low level across to and then up the coast to Hervey Bay.  There, it did a circle over the town centre then flew up Dundowran Beach. The MRH-90 then continued at low level to Bundaberg where it completed a missed approach at Bundaberg Airport before continuing to Rocky.  A40-034 also departed to Townsville. 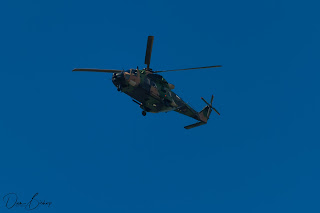 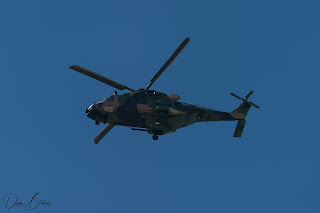 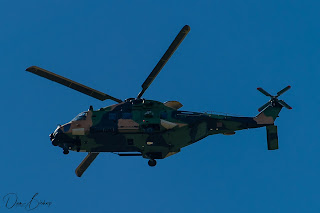 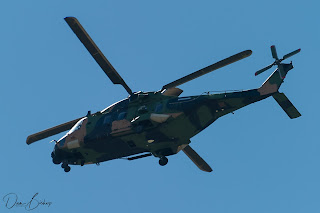 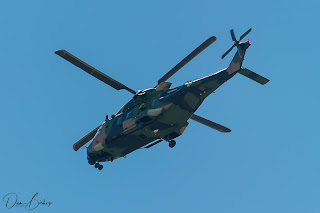 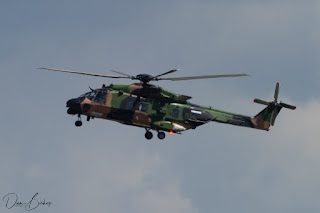 Finally, MRH-90 A40-038, which was flying as "Warhorse 77", also flew up from Amberley but completed a missed approach at Gladstone Airport (pictured) before continuing to Rocky. 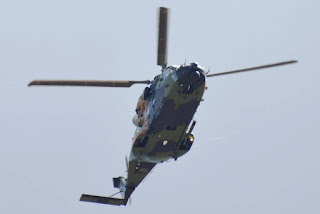 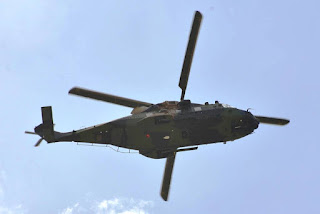 These three MRH-90s - plus a fourth in the form of A40-036 "Warhorse 69" which passed through Rockhampton Airport heading to Townsville on Monday 16 April - have been based at RAAF Base Amberley for the previous couple of weeks providing an aerial support role during the recently completed Commonwealth Games on the Gold Coast.

Sincere thanks to local plane spotters Daniel B and Michael F for taking the time to capture and send through these great photos from Rockhampton and Gladstone!