As predicted below, on Saturday 7 April, Hevilift Australia (Fixed Wing Division) ATR 42-320 VH-YWH called back into Gladstone Airport twice on what looked to be another pair of training / proving flights from and back to Brisbane.

Initially touching down during the latter part of the morning, VH-YWH again sat on the Gladstone Airport parking apron for a short time, however this time, ground power was connected and a lone crew member emerged and completed a walk-around of the ATR.  VH-YWH then returned to Brisbane. 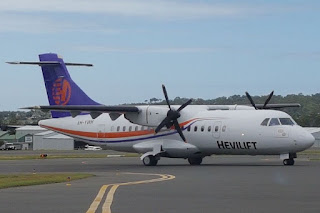 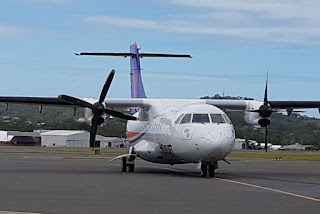 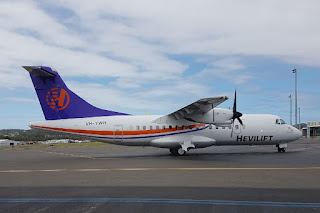 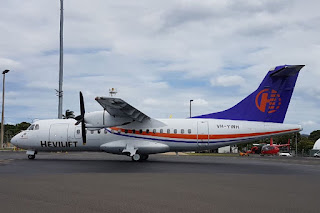 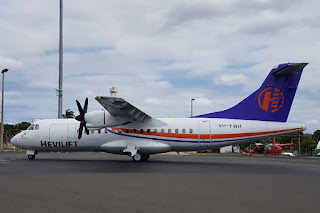 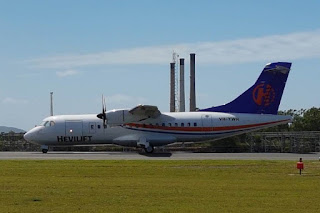 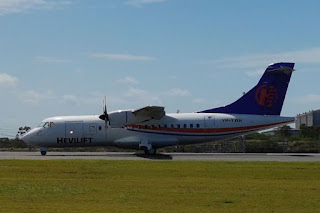 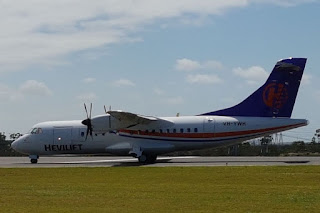 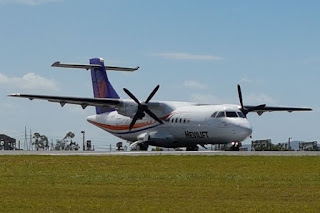 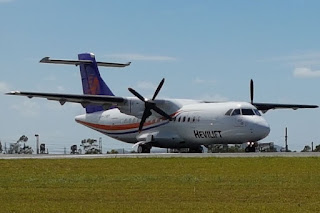 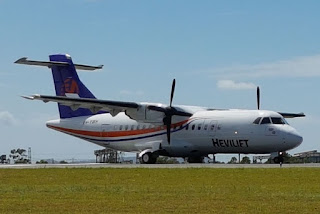 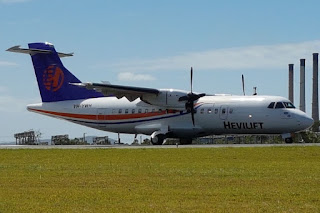 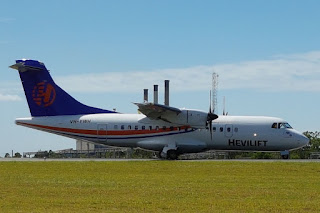 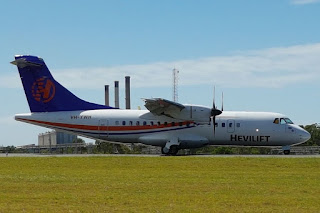 It has been speculated that the Hevilift ATR may have been completing a series of test flights / proving flights in order for them to obtain an Air Operator's Certificate (AOC) or similar before they start operating their two ATRs on Fly-in Fly-out (FIFO) and other general charter flights.

UPDATE!  Late on Monday 9 April, the Hevilift Australia (Fixed Wing Division) ATR 42-320 VH-YWH was noted at Moranbah Airport.  It flew in from and then returned to Brisbane.  Perhaps a new Fly-in Fly-out (FIFO) run?

Sincere thanks to local plane spotters Michael F and Col B for taking the time to capture and send through these great photos!  We hope to see more of Hevilift and their ATRs in CQ soon!

Photos taken by Michael Fleetwood and Col B  ©
Posted by Damian F at 8:12 PM