On Monday 16 April, Australian Army NH Industries MRH-90 Multi-Role Helicopter A40-036 was spotted visiting Rockhampton Airport.  It looked to arrive from RAAF Base Amberley where it and several of its brethren have recently been performing aerial patrols over the Commonwealth Games precinct on the Gold Coast. 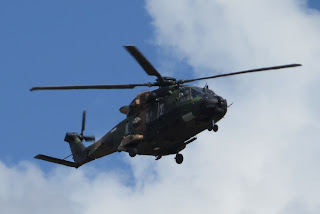 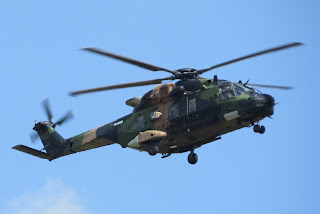 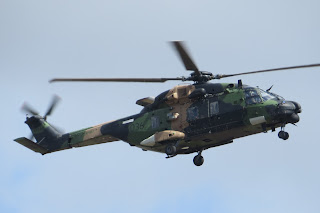 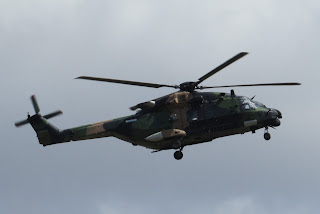 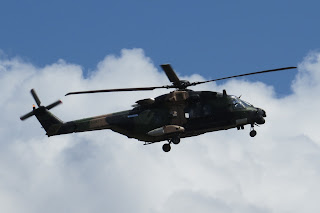 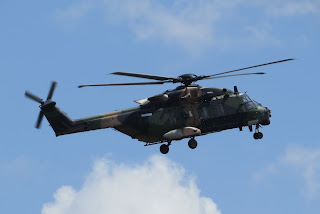 After the two crew members had lunch and the chopper was refueled, A40-036 departed Rockhampton Airport for Townsville. 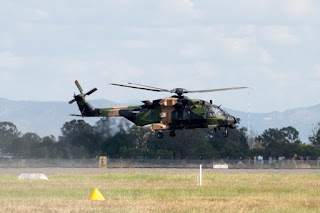 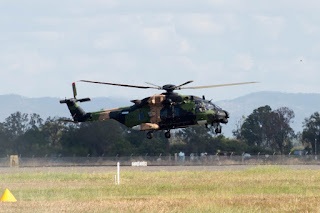 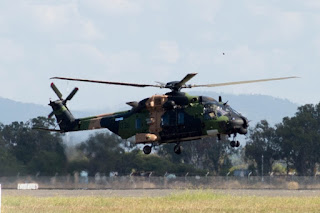 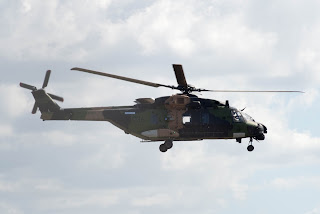 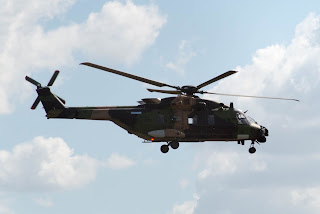 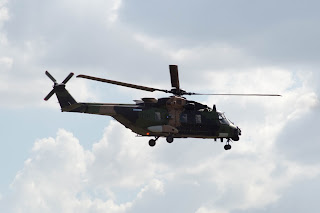 UPDATE!  On Tuesday 17 April, fellow Australian Army MRH-90 A40-011 was spotted completing a touch-and-go at Proserpine (Whitsunday Coast) Airport on a flight from and back to Townsville as "Destrier 74".