On Monday 16 April, Avcair (Earth Commodities) Cessna 550 Citation Bravo bizjet VH-CCJ was back in Central Queensland once again.  And as with its previous visits, VH-CCJ flew North from Brisbane early in the morning and touched down at Gladstone Airport briefly before continuing North to Mackay Airport. 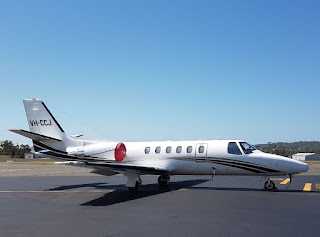 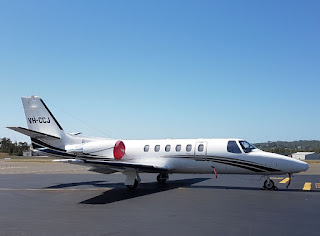 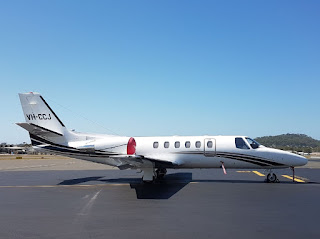 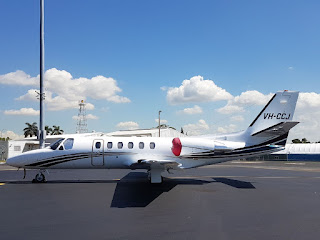 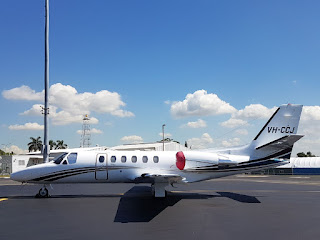 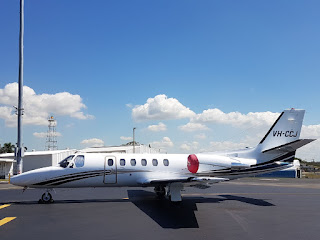 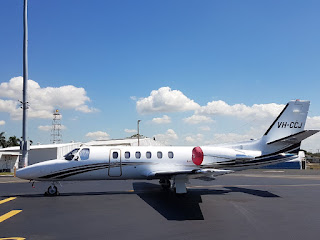 After around a couple of hours on the ground, VH-CCJ returned to Gladstone Airport where it was parked up for the night. 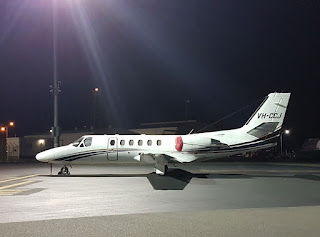 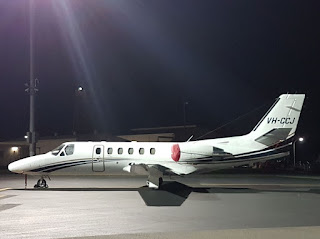 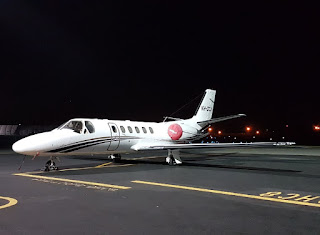 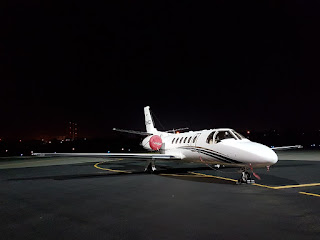 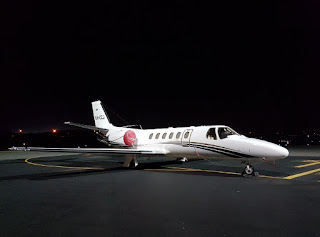 At the time of writing, and again as with its previous visits, VH-CCJ is due to depart Gladstone Airport for Bundaberg Airport early on Tuesday 17 April.  It is then scheduled to return to Brisbane.

UPDATE!  Indeed on Tuesday 17 April, VH-CCJ flew from Gladstone Airport into Bundaberg Airport.  It then returned to Brisbane later in the day.

Of interest, the Earth Commodities Group supplies a large variety of products from hard rock quarries in Gladstone and Mackay, and from their mineral sands division via Sunstate Sands in Bundaberg.