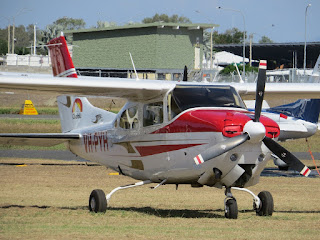 As mentioned below, some 13 aircraft - not only Cessnas - have touched down at Rockhampton Airport from all over Australia on Thursday 26 April and on Friday 27 April.  The participating aircraft aircraft are parked at various spots in the General Aviation (GA) side of Rockhampton Airport and on Saturday 28 April, local plane spotter Kayanne H popped out to Rockhampton Airport to capture some photos of the 'final three' arrivals from Friday: 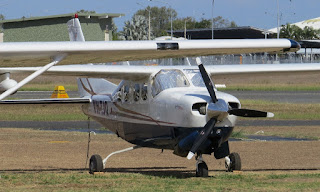 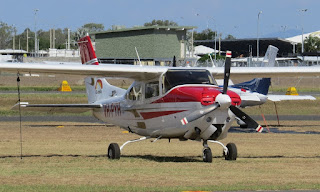 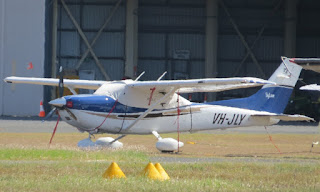 As mentioned below, there is a 14th aircraft participating in the fly-in - Comet-based Cessna U206G Stationair VH-FEG - which is already currently hangared at Rockhampton Airport undergoing maintenance.


Sincere thanks to Kayanne for taking the time to capture and send through these great photos!