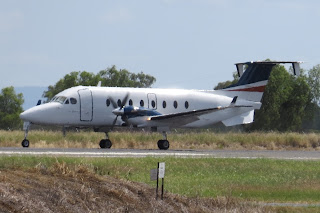 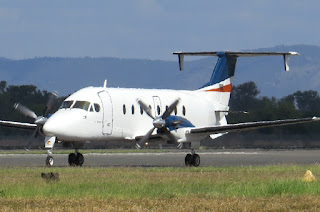 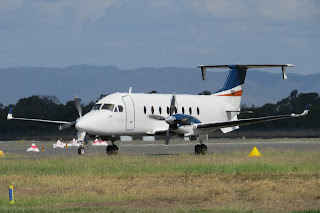 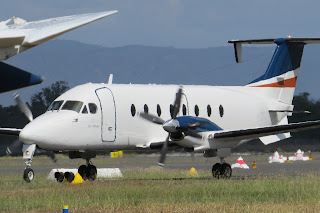 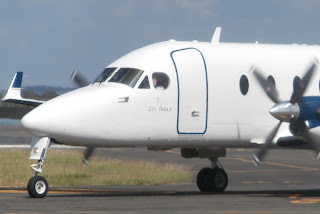 It parked on the General Aviation (GA) Apron at Rockhampton Airport and several young passengers were noted getting off the plane - as mentioned previously, it is believed that this could be a closed charter flight for school children from Cairns and Far North Queensland who attend schools in Rockhampton.  They would be returning to Rocky given that school holidays conclude today! 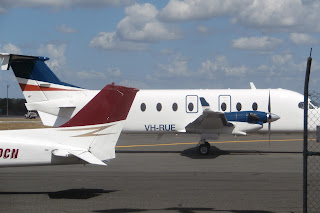 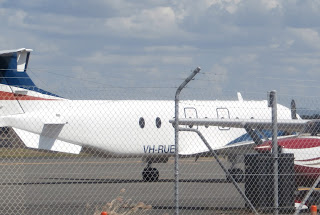 After dropping off its passengers and taking on fuel, VH-RUE departed Rockhampton Airport for Mount Isa.

Of interest, VH-RUE was only delivered to Townsville Airlines (Flightech Air Logistics) at their Cairns Airport base in late March from Dubbo in New South Wales where it was previously operated by Air Link - the Dubbo based subsidiary of Regional Express Airlines (REX).  VH-RUE was a regular visitor to Central Queensland Airports usually operating Fly-in Fly-out (FIFO) and other closed charter flights.

UPDATE!  On Tuesday 17 April, another closed charter flight - I presume in relation to bringing school students back to Rocky from Cairns and Far North Queensland - touched down at Rockhampton Airport.  Regional Express (REX) SAAB 340B VH-ZLS was noted arriving into Rockhampton Airport direct from Cairns as RXA9511.  After dropping off its passengers, VH-ZLS returned to Cairns but as RXA9912.