Over the last few days, Hevilift Australia (Fixed Wing Division) ATR 42-320 VH-YWH has been spotted back at Gladstone Airport on a couple of occasions, on what looked to be yet more training / proving flights which were all flown from and back to Brisbane. 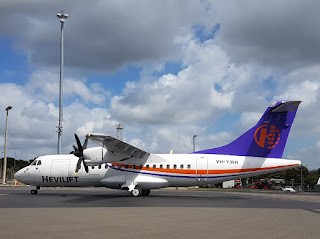 VH-YWH is pictured below completed a single visit on Tuesday 17 April. 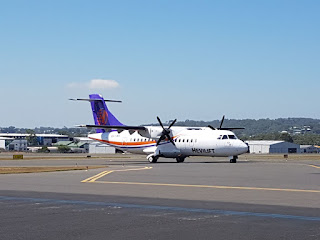 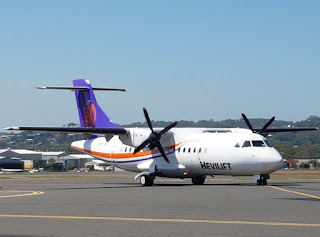 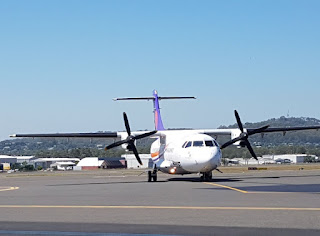 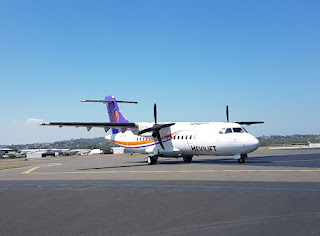 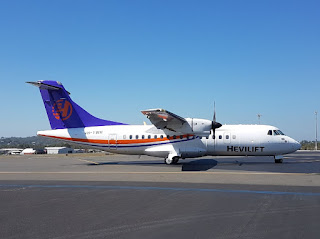 While last Friday 13 April, VH-YWH was spotted on one of what appeared to be two visits to Gladstone Airport. 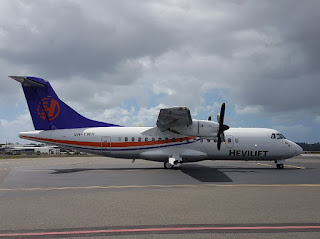 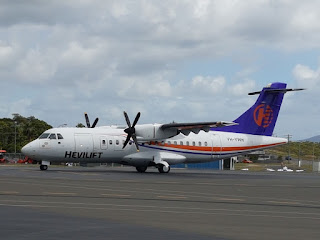 As we've mentioned previously, it has been speculated that Hevilift is vying for Fly-in Fly-out (FIFO) and other closed charter contracts particularly to parts of Central Queensland.  VH-YWH was re-registered and re-branded in the 'new' Hevilift titles and colours during 2017.  Hevilift also has former Virgin Australia ATR 72-500 VH-FVM in its fleet with both ATRs based / stored at Brisbane Airport awaiting their fates.

Sincere thanks to Col B for taking the time to capture and send through these great photos of a great visitor to CQ!