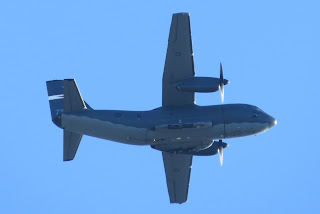 It flew up from the South and completed a missed approach onto Runway 15 at Rocky before it continued to the North.  A34-006 was heard to be using the radio callsign of "Kaos 51". 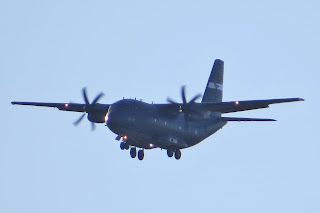 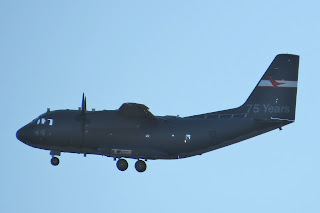 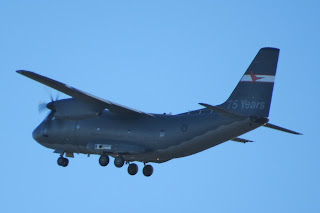 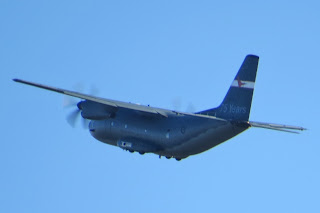 The Alenia C-27J Spartan is a military transport aircraft developed and manufactured by Alenia Aermacchi.  The RAAF recently took delivery of its tenth and final C-27J Spartan battlefield airlifter after they were ordered by in May 2012 to replace the now-retired De Havilland DHC-4 Caribou fleet. 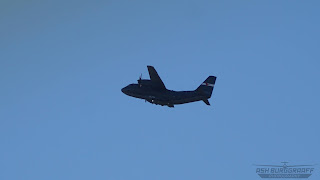 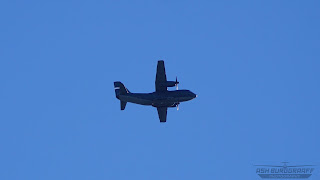 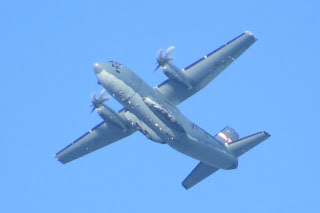 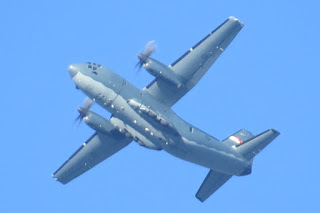 2017 marked the 75th Anniversary of the RAAF's 35 Squadron and A34-006 was marked up with an Orange Wallaby tail stripe reminiscent of the Squadron's Caribou markings carried during the Vietnam War when it was affectionately known as 'Wallaby Airways'.

Sincere thanks to local plane spotters Kayanne H and Ash B for taking the time to capture and send through these great photos!