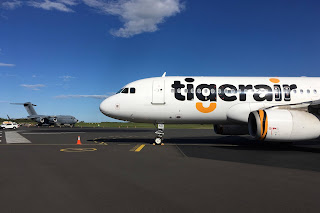 During the middle part of the morning, RAAF Globemaster A41-212 touched down at Proserpine Airport as "Stallion 63" from RAAF Base Amberley.  It looked to unload equipment and personnel and then soon after, departed Prosie and looked to return to Amberley but this time flying as "Stallion 62". 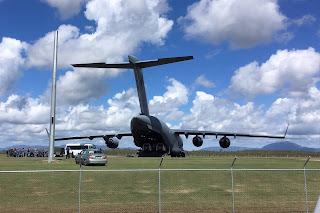 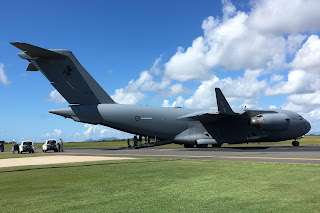 Then, during the middle part of the afternoon, fellow RAAF Globemaster A41-213 touched down at Proserpine Airport as "Stallion 33" also from Amberley. 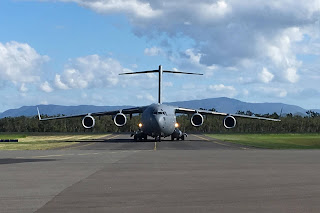 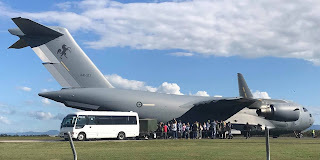 Both Globemasters are flown by the RAAF's Number 36 Squadron out of RAAF Base Amberley.  During the latter part of the afternoon and into the early evening, the Squadron opened up A41-213 to the public for a static viewing at Proserpine Airport.  Members of the public were invited to walk through and experience the sheer enormity of the aircraft. before it would be involved with fly-overs of the region as part of ANZAC Day commemorations on Wednesday 25 April. 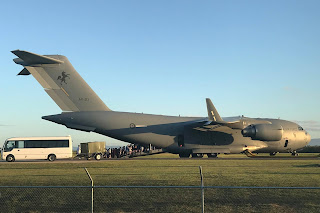 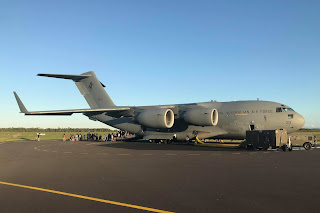 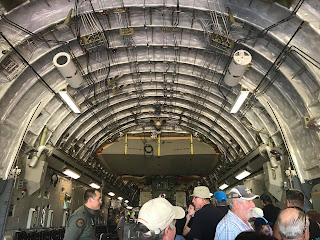 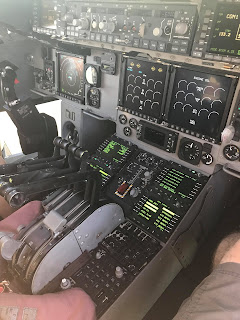 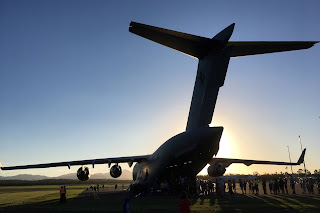 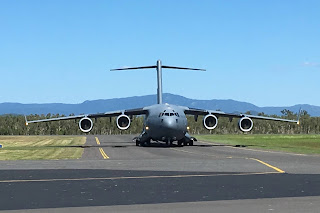 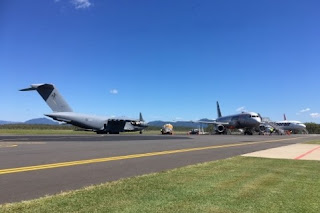 It appears to be staying again for the night.

UPDATE!  On Thursday 26 April, A41-213 departed Proserpine Airport and returned to Amberley.