As we posted below, Winton, in the Central West of Queensland, was the place to be with the grand opening of the new Waltzing Matilda Centre on Friday 20 April which also incorporated the four-day 'Way Out West Fest' music festival.

Alliance Airlines Fokker F-70 jet VH-NKQ has been busy over the last couple of days ferrying singers and entertainers in and out of the town.  It initially arrived into Winton Airport from Brisbane late on Thursday 19 April on a closed charter flight as UTY582.  Then early on Saturday 21 April, VH-NKQ departed Winton for Longreach Airport as UTY583.  It then continued to Brisbane again as UTY583.  Later in the day, VH-NKQ was then noted returning to Winton as UTY586. 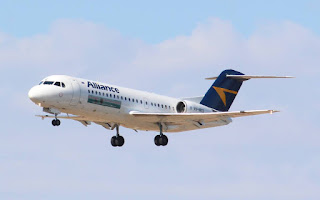 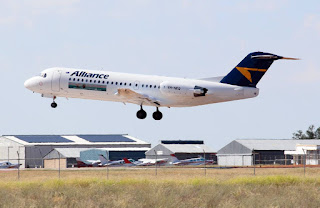 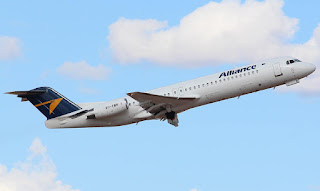 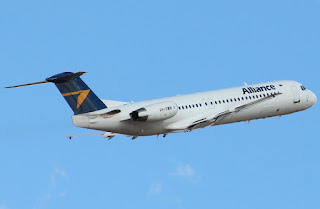 VH-XWN then positioned back to Townsville as UTY992.

While VH-NKQ eventually departed back to Brisbane empty as UTY993.

Finally, it's worth noting that another Alliance Airlines Fokker F-100 jet completed a charter flight into and out of Emerald Airport also over the weekend.  VH-UQW was noted arriving into Emerald Airport from Cairns as UTY3381 during the middle of the day on Saturday 21 April.  It later made a very late night departure back to Cairns as UTY3382.  It is believed that VH-UQW brought the Cairns-based Northern Pride Rugby League team to Emerald to take on the Central Queensland (CQ) Capras in the latest round of the Queensland Rugby League (QRL) Intrust Super Cup.