On Friday 6 April, Charles, Prince of Wales was a notable visitor to Bundaberg, completing a series of engagements including a tour and tasting at the Bundaberg Rum Factory.  And it was a great day for plane spotting with some nice aircraft calling into Bundaberg Airport including both Royal Australian Air Force (RAAF) Boeing B737-700(BBJ) bizjets A36-001 and A36-002 which are both flown by the RAAF's VIP 34 Squadron out of Canberra. 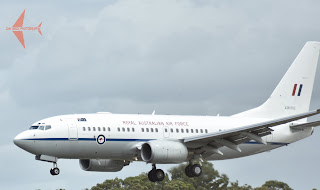 A36-002 was first to touch down from Canberra and Brisbane as "Ausy 309".  Prince Charles was on board and was snapped as he emerged from the plane and commenced his engagements. 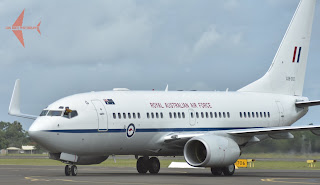 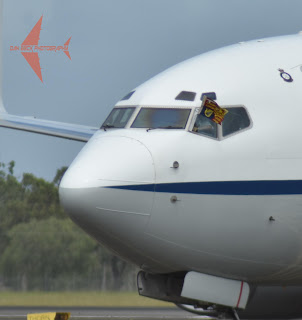 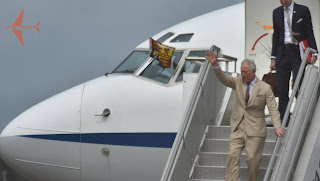 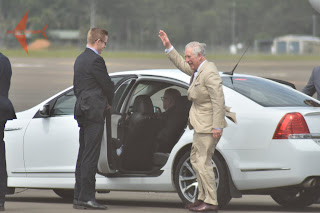 A36-001 then also arrived into Bundaberg Airport, also from Canberra and Brisbane, but as "Consort 66".  It is believed to have brought support staff to Bundy. 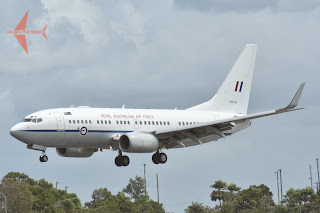 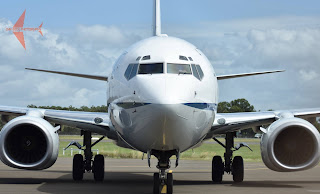 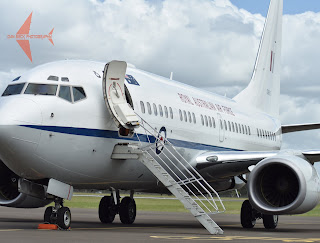 Also joining the RAAF BBJs at Bundaberg Airport and arriving shortly before them also from Brisbane was the Queensland Government Airwing (State of Queensland) Raytheon Hawker 850XP bizjet VH-SGY. 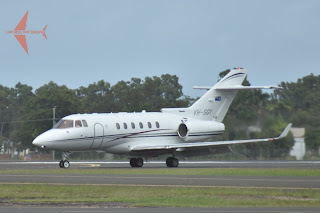 Along with the 'usual' commercial traffic which arrived and departed at Bundaberg Airport as per usual, it was a very busy parking apron with as many as five aircraft parked at once. 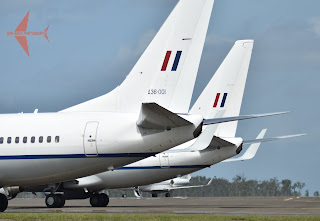 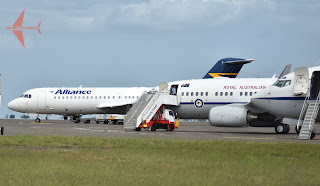 Finally, also noted visiting Bundaberg Airport a little later on Friday 6 April was Royal Flying Doctor Service (RFDS) Beech B200C King Air VH-MWK.  The King Air is a rare visitor to Queensland as it is based with South-Eastern Section of the RFDS and is currently based at Dubbo in New South Wales.

On Friday VH-MWK flew into Bundaberg Airport from Dubbo via Orange before it later returned to Dubbo.  VH-MWK was noted using the flight number and callsign of “FlyDoc 286”.