On Sunday 25 June, a nice light General Aviation (GA) aircraft to pop into Rockhampton Airport was amateur-built Lancair Super ES VH-HLP.  It touched down from what looks to be its Gold Coast base. 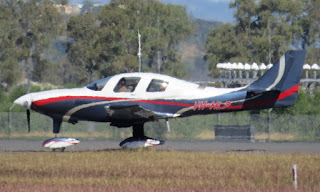 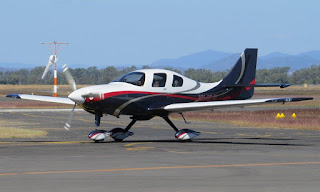 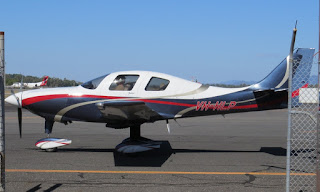 After taking on fuel, it returned to the Gold Coast, flying via Kilcoy.

Of interest, VH-HLP is a familiar aircraft to CQ (and particularly Rocky) visiting several times with its previous American registration marking of N132BB.


Meanwhile, over the last week or so, another pair of Lancair aircraft have been noted in and out of Rockhampton Airport including locally-based R-Mach Aviation Lancair 4 VH-XVP which departed Rocky for Redcliffe on Thursday 22 June and returned on Friday 23 June.

Lancair International, Inc. is an American. manufacturer of general aviation aircraft kits. They are well known for their series of high-performance single-engine aircraft that offer cruise speeds that surpass many twin-engine turboprop designs.

Sincere thanks to local plane spotters Kayanne H and Trevor H for their help in compiling this post!