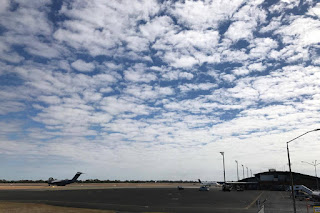 It looked to unload some cargo loading equipment which no doubt suggests that more military transport aircraft are expected into Rockhampton Airport in the days before/after and during the upcoming Military Exercise Talisman Sabre 2017 (TS17). 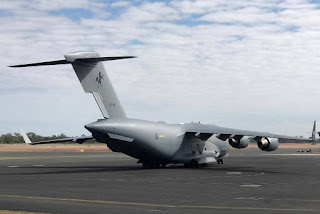 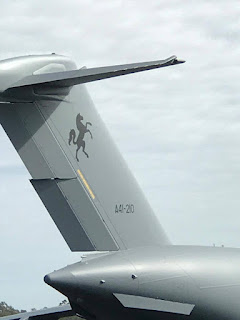 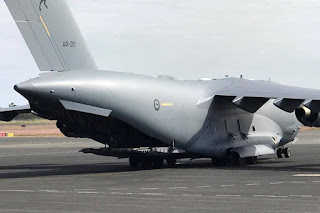 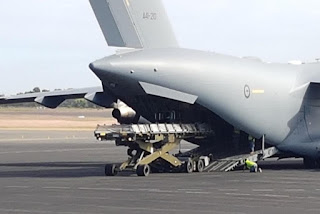 After a short period of the time on the ground, A41-210 departed Rockhampton Airport and returned to Amberley. 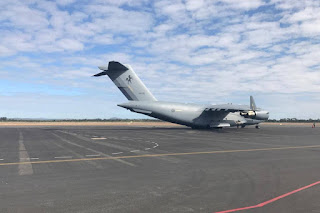 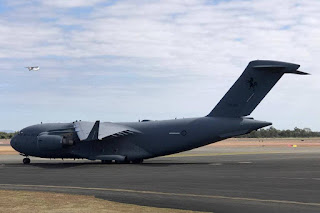 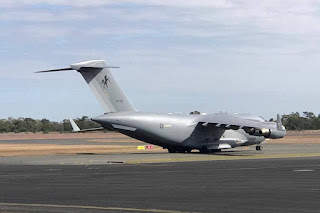 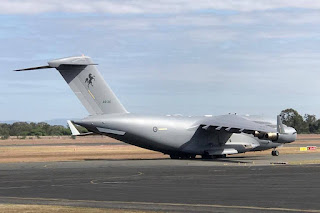 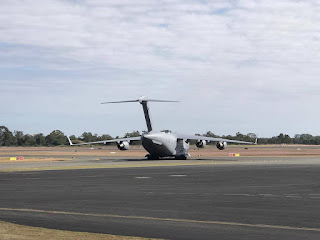 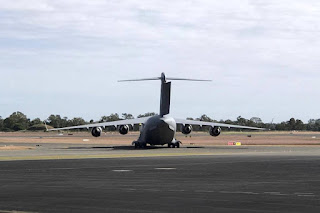 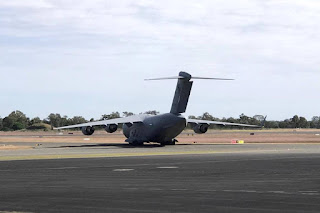 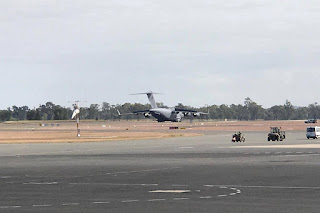 Then, just before this post was written, later on Friday 23 June, fellow RAAF C-17A Globemaster III A41-212 touched down at Rockhampton Airport also from Amberley - interestingly it was heard to use the same radio callsign of "Stallion 32". 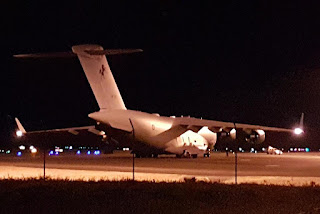 After unloading more equipment and other cargo, A41-212 returned to Amberley.

The Rockhampton Regional Council has also this week announced that the Exercise Talisman Sabre 2017 Open Day will be held on Saturday 8 July at the Rockhampton Showgrounds.  See more about the Open Day here:  https://tinyurl.com/y8xn3dhv

Sincere thanks to local plane spotters Daniel B and Scott H for taking the time to capture and send through these great photos!

Photos and video taken by Scott Harris and Daniel Bishop  ©
Posted by Damian F at 8:17 PM