During the afternoon on Thursday 1 June, a nice visitor called into Rockhampton Airport in the form of one of the two new Heli-Aust Whitsundays (Mackay Helicopters) Airbus Helicopters EC135 P3 (CPDS) VH-ZGP. 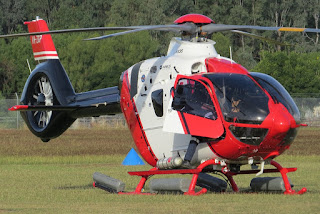 The smart looking chopper called into Rocky from Mackay Airport. 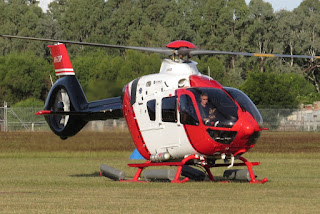 After taking on fuel, VH-ZGP continued South to Gladstone Airport. 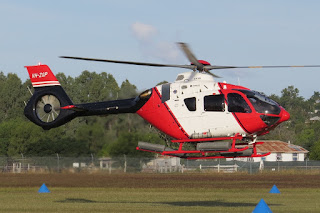 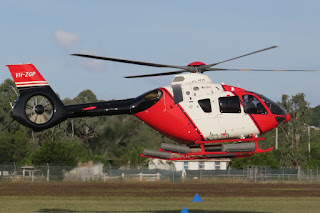 As we've mentioned previously, VH-ZGP, along with with VH-ZGH, are a pair of brand new 2017-build Airbus Helicopters EC135 P3 (CPDS) helicopters that were unveiled at Mackay Airport recently for marine pilot operations with the locally-based Heli-Aust Whitsundays (Mackay Helicopters).

Meanwhile, over this week, another nice chopper has been spotted operating out of Rockhampton Airport with Helistar Aviation (of West Beach, South Australia) Aerospatiale AS.350BA Squirrel helicopter VH-UTN believed to be operating airborne electrical power-line inspection flights in the area. 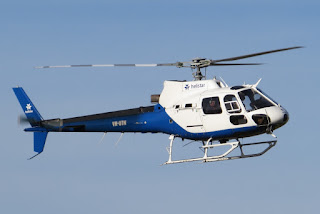 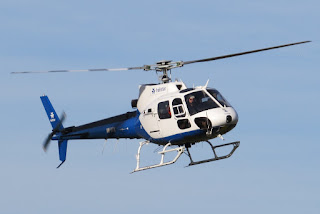 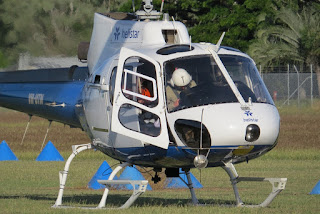 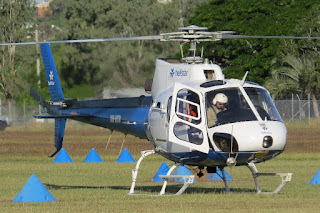 It is pictured above landing at Rockhampton Airport also on Thursday 1 June and preparing for departure earlier in the week on Tuesday 30 May.

Sincere thanks to local plane spotter Kayanne H for taking the time to capture and share these great photos!