On Wednesday 28 June, the preparations for joint Military Exercise Talisman Saber 2017 (TS17) continued in CQ with Royal Australian Air Force (RAAF) Boeing C-17A Globemaster III A41-210 touching down at Rockhampton Airport as "Stallion 37" directly from RAAF Base Tindal in the Northern Territory. 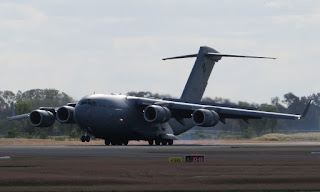 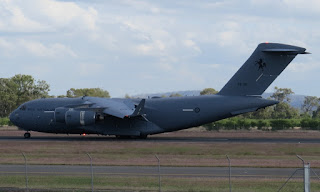 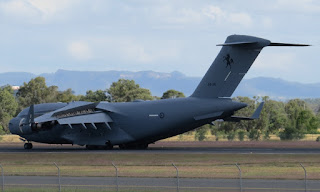 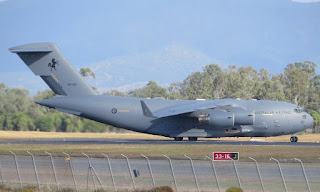 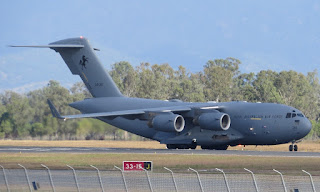 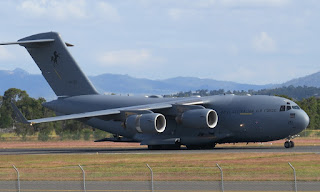 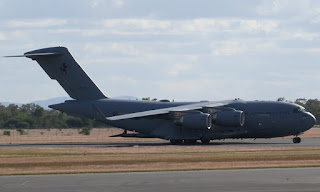 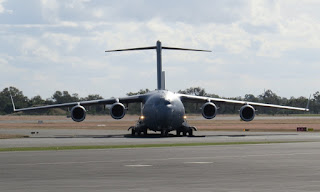 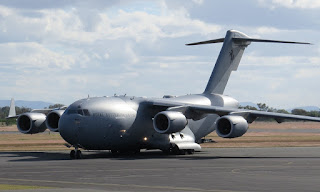 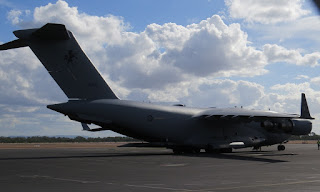 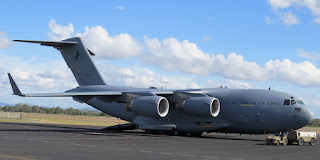 After unloading some pieces of equipment, A41-210 was noted departing to RAAF Base Amberley again as "Stallion 37".

Of interest, A41-210 is one of eight C-17A Globemaster transport aircraft that are flown by the RAAF's No. 36 Squadron - the RAAF's strategic transport squadron.  No. 36 Squadron is responsible for strategic air transport in Australia and overseas, conducting missions as part of military operations and humanitarian efforts.  It is located at RAAF Base Amberley, and is controlled by No. 86 Wing, which is part of Air Mobility Group. 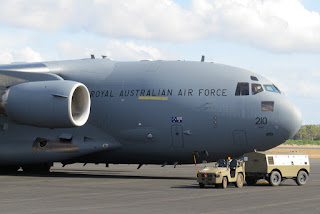 Sincere thanks to local plane spotters Kayanne H and Trevor H who were on hand to capture these great photos!