It was interesting to note that this was the third different RAAF C-17 Globemaster to touch down at Rocky in recent days using that particular flight number and callsign.

After a period of time, A41-209 was noted returning to Amberley again as "Stallion 32".

Local plane spotter Kayanne H was also on hand on Friday 23 June when fellow RAAF Boeing C-17A Globemaster III A41-210 arrived into Rockhampton Airport, also touching down from RAAF Base Amberley as "Stallion 32". 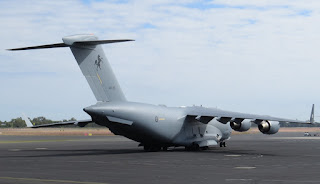 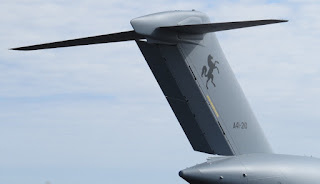 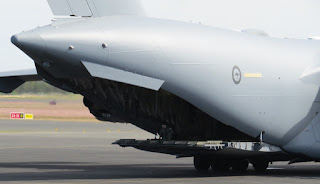 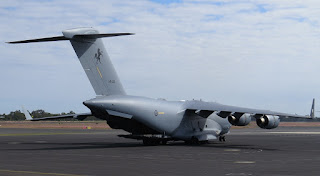 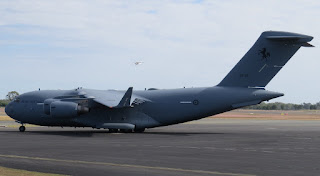 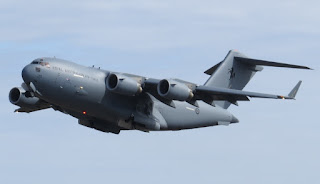 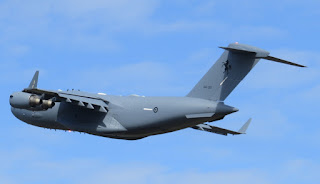 I suspect like the other visits, on Saturday, A41-209 brought more equipment to Rocky that will be used in the forthcoming joint military Exercise Talisman Saber 2017 (TS17) which is due to get underway next week and will feature numerous scenarios in the nearby Shoalwater Bay Training Area (SWBTA).

The Rockhampton Regional Council has also announced that the Exercise Talisman Sabre 2017 Open Day will be held on Saturday 8 July at the Rockhampton Showgrounds.  See more about the Open Day here:  https://tinyurl.com/y8xn3dhv

Sincere thanks to the local plane spotters for taking the time to capture and send through the great photos we've seen so far!

You are also invited to share with us any of your photos captured before, during and after TS17, simply by posting to our Facebook page (https://www.facebook.com/cqplanespotting/), or alternatively by emailing them to:  cqplanespotting@yahoo.com

All photos taken by Kayanne Hardsman  ©
Posted by Damian F at 10:14 PM