During this week, Brisbane-based Bishopp Aviation SOCATA TBM-700 VH-VSV was back in Central Queensland, popping into a couple of local Airports.  It initially arrived into Rockhampton Airport from its Archerfield base on Wednesday 21 June before heading North to Mackay Airport later in the day. 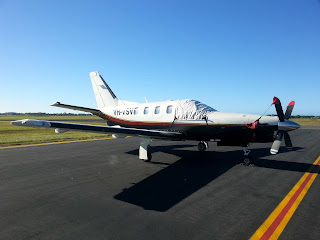 While on the ground at Mackay Airport, one of the local plane spotters capture these great photos, giving a nice study of the French-built turboprop. 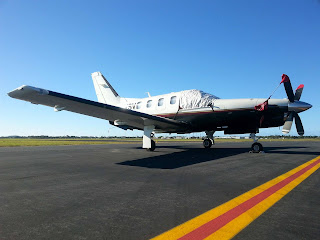 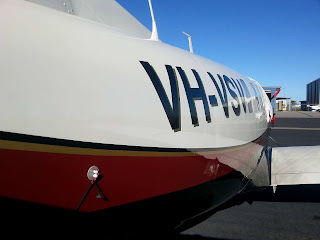 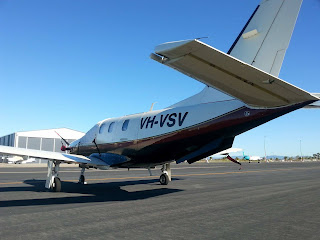 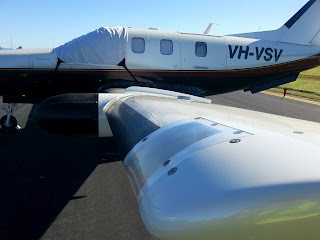 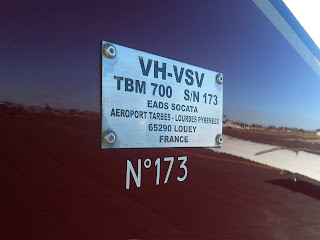 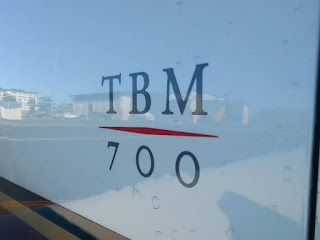 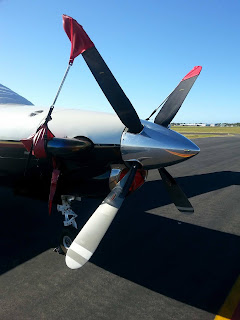 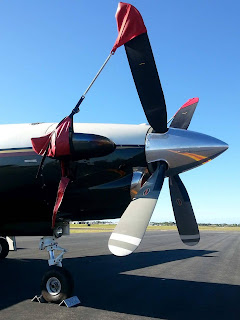 On Thursday 22 June, VH-VSV departed Mackay Airport for Townsville.  It finished the week on Friday 23 June by continuing North to Cairns before it later returned to Archerfield.

Sincere thanks to the local plane spotters for their help with this post!