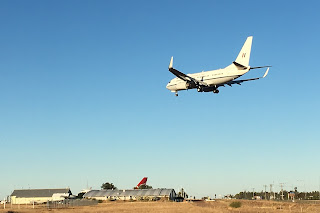 It was certainly a surprise to see that on Sunday 4 June, Royal Australian Air Force (RAAF) Boeing B737-7DT(BBJ) A36-001 completed airwork followed by a brief landing at Longreach Airport. 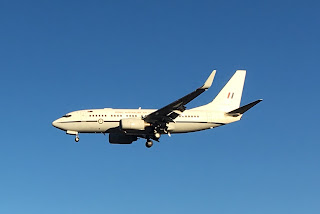 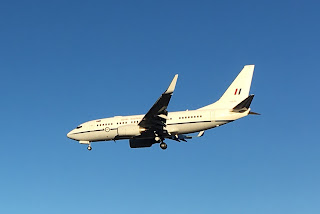 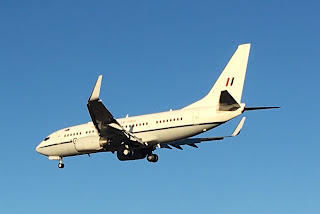 The RAAF VIP 34 Squadron aircraft looked to fly into Longreach from Darwin.  It initially completed a missed approach before landing for a short period of time.  A36-001 appeared to be on a training flight and was heard to be using the radio callsign of "Envoy 35". 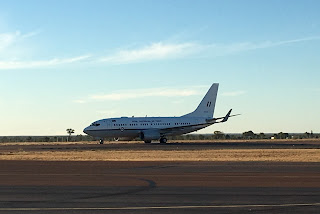 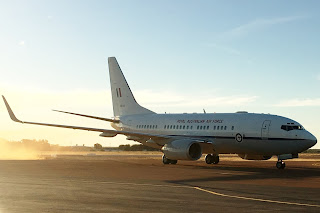 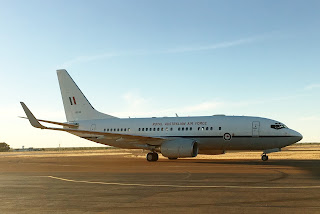 A36-001 was later noted flying towards to the South-East corner of the state and quite possibly landed at RAAF Base Amberley.

All photos taken by Calen Harvey  ©
Posted by Damian F at 9:30 PM