Also this week, we have been very fortunate to receive some great photos captured by Rockhampton-based plane spotter Daniel B who visited the Hay Point Coal Export Loading Point (South of Mackay) on Wednesday 31 May and spotted Heli-Aust Whitsundays (based at Mackay Airport) Airbus Helicopters EC135 P3 (CPDS) VH-ZGH departing on a local flight. 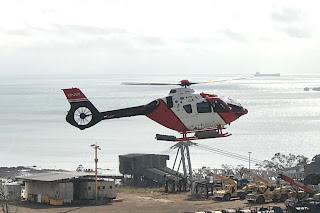 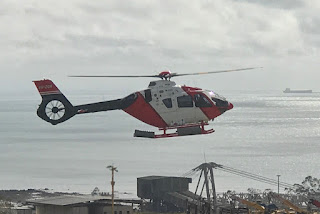 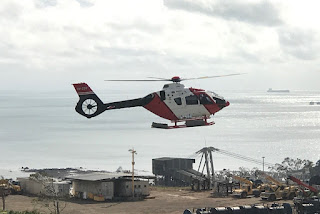 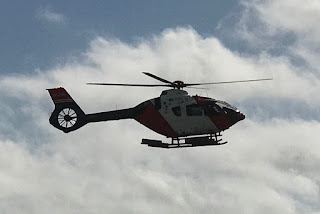 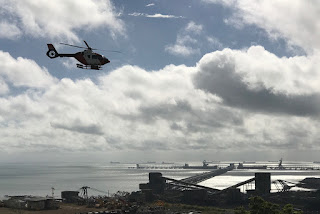 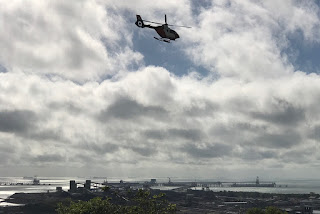 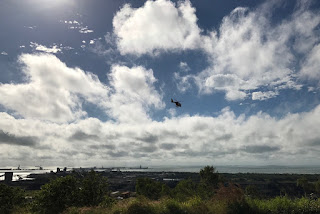 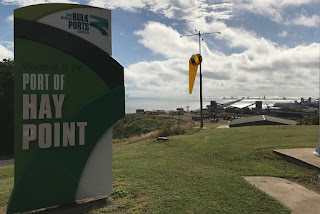 As mentioned below, VH-ZGH, along with with VH-ZGP, are a pair of brand new 2017-build Airbus Helicopters EC135 P3 (CPDS) helicopters that were unveiled at Mackay Airport recently for marine pilot operations with the locally-based Heli-Aust Whitsundays (Mackay Helicopters).

Of interest, the Port of Hay Point is one of the largest coal export ports in the world and is located about 40 kilometres south of Mackay.

The port comprises of two separate coal export terminals: Dalrymple Bay Coal Terminal (DBCT) which is leased from the State Government by DBCT Management Pty Ltd and the Hay Point Coal Terminal (HPCT) which is owned by BHP Billiton Mitsubishi Alliance and operated by Hay Point Services. Together, these coal terminals service the mines in the Bowen Basin in Central Queensland. The mines are linked to the port terminals through an integrated rail-port network. 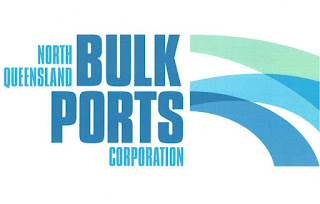 Both terminals have purpose-built, rail in-loading facilities, onshore stockpile yards and offshore wharves. The offshore wharves are serviced by conveyor systems, supported on jetties, which run out to sea and allow loading in deep water.

Photos taken by Daniel Bishop  ©
Posted by Damian F at 9:08 AM