Just a day after it flew South back to Canberra, on Friday 16 June, Royal Australian Air Force (RAAF) Boeing B737-7DF(BBJ) A36-002 was back in the skies over Central Queensland, completing what looked to be another training flight out of the National capital. 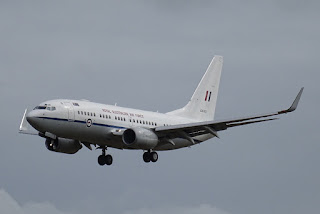 On this occasion it was flying as "Envoy 61" and like previous times, it looked to fly into Bundaberg Airport from Coffs Harbour before departing a short time later for Hamilton Island Airport.   From Hamo, A36-002 reportedly continued to Cairns before finishing the night at Townsville. 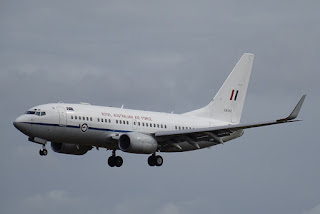 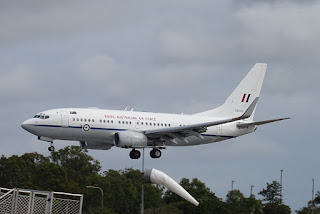 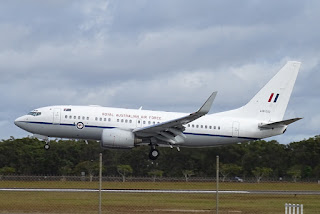 As we reported below, A36-002 completed a similar North-bound pattern of flights on Wednesday 14 June and local plane spotter Micah S captured these photos of the 34 Squadron RAAF aircraft as it arrived into Bundaberg Airport.

At the time of writing, it is unclear if A36-002 will return South on Saturday 17 June.  As we reported below, it popped into both Mackay and Gladstone Airports on Thursday 15 June before continuing to the Gold Coast.  It would certainly be a rare sight to see a RAAF aircraft flying on the weekend!