On Wednesday 14 April, Alliance Airlines Embraer E-190 regional jet VH-UYW was photographed as it made its first ever visit to Central Queensland, calling into Rockhampton Airport as UTY558 from Brisbane. 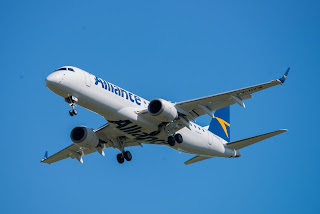 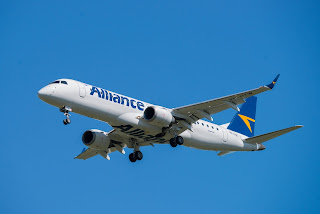 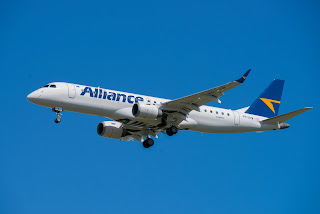 The Embraer is the second of the type to visit CQ and is one of 30 newly acquired aircraft Alliance Airlines is adding to its regional fleet.
VH-UYW is ex-N974QQ with the former Copa Airlines E-190 being delivered to Alliance Airlines in Brisbane in December 2020.

VH-UYW brought Alliance Airlines executives and politicians to Rocky where the airlines announced that Rockhampton Airport could soon be home to the airline's new maintenance and repair facility.  Its arrival was marked by a specials water cannon salute. 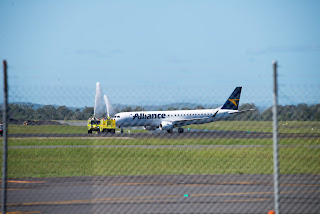 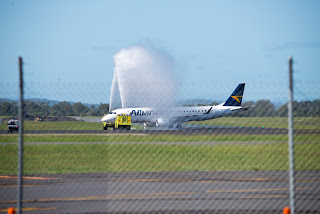 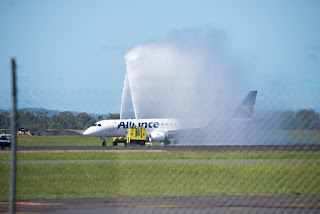 The new maintenance and repair facility at Rockhampton Airport could potential create 225 jobs and inject $30 million into the local economy every year.

VH-UYW eventually returned to Brisbane but as UTY559. 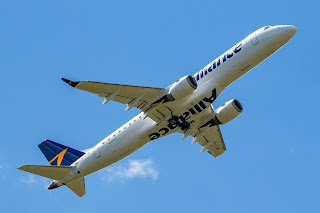 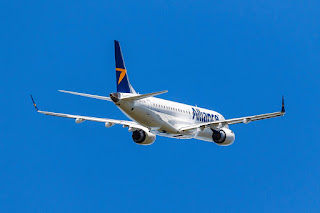 Sincere thanks to the local plane spotters at Rockhampton Airport for sending through and allowing us to share these great photos!
Photos taken by Scott Harris and Steve Vit  ©
Posted by Damian F at 8:56 PM