On Monday 12 April, a pair of Royal Australian Air Force (RAAF) Lockheed C-130J-30 Hercules transport aircraft were noted completing airwork and also landing at a couple of Central Queensland and other Airports. Both were also photographed at Longreach Airport.
The Hercs were identified as A97-468 as "Trojan 03" and A97-446 as "Trojan 04". Both flew down from Townsville to complete airwork including missed approaches at Collinsville Aerodrome before they both headed West to Longreach Airport where they were photographed while on final approach for a landing. 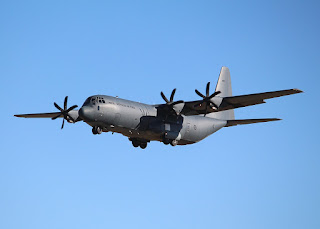 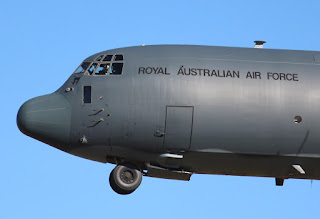 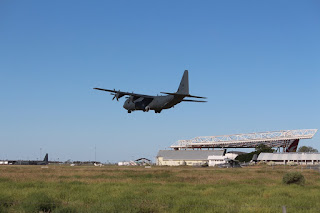 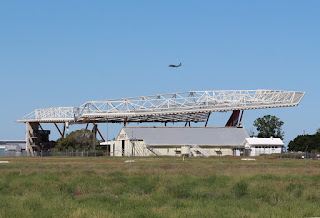 After some time on the ground, both Hercs departed Longreach Airport and headed back to Townsville via more airwork at Richmond.

It appears that both Hercs had arrived into Townsville on Saturday 10 April from RAAF Base Richmond in New South Wales and they were both noted completing a similar 'training' flight in Far North Queensland in Sunday 11 April.
Sincere thanks to local plane spotter Greg W who was at the right place at the right time at Longreach Airport to capture these great photos!
All photos taken by Greg Weir  ©
Posted by Damian F at 8:13 PM