With ANZAC Day on tomorrow, Sunday 25 April, the Royal Australian Air Force (RAAF) has released details of planned flypasts during Queensland commemorations - including some Central Queensland locations.  ANZAC Day also holds special significance for the RAAF this year, following the marking of its 100th birthday on 31 March 2021. 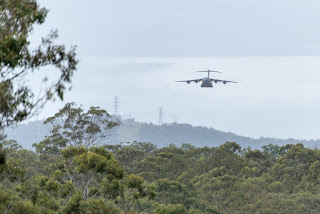 Details from the RAAF 'Flying Operations' website for Queensland only (https://www.airforce.gov.au/operations/flying-operations/) indicate a single F/A-18F Super Hornet aircraft from Number 1 Squadron based at RAAF Base Amberley will conduct a flypast of ANZAC Day commemoration activities on Sunday 25 April around Queensland, including in the Fraser Coast region at: 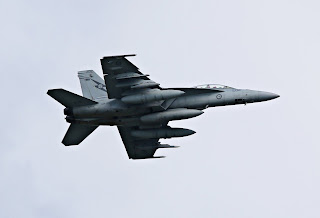 Charters Towers - 9.30am
Airlie Beach - 10.15am
Daydream Island - 10.20am
Hamilton Island - 10.25am
ANZAC Day is a time to reflect on the contribution made by past and present service personnel who have displayed great courage, discipline and self-sacrifice in choosing a life of service to their country.
The RAAF 'Flying Operations' also reminds everyone that "All Air Force flypasts can be cancelled or changed subject to weather, operational requirements or other aviation considerations. For public safety, drones must not be operated in the vicinity of flypasts."