On Tuesday 6 April, four Australian Army NH Industries MRH-90 Multi-Role Helicopters returned to Townsville via Rockhampton and Gladstone Airports following their recent deployment to support the flooding crisis that gripped parts of New South Wales last month.
The four MRH-90s were again identified as A40-001 "Dropbear 01", A40-016 "Cowboy 16" and A40-031 "Destrier 31", which all arrived at Rockhampton Airport direct from RAAF Base Amberley. 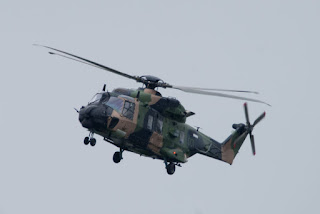 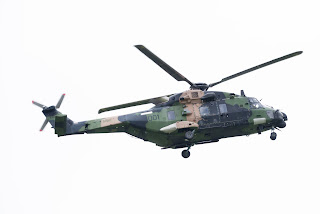 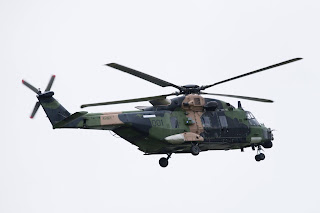 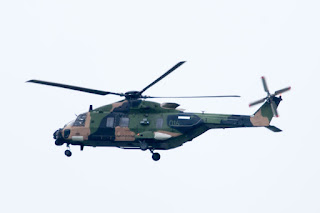 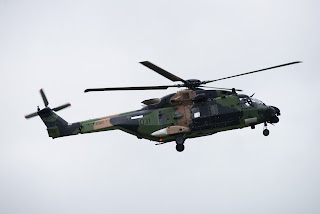 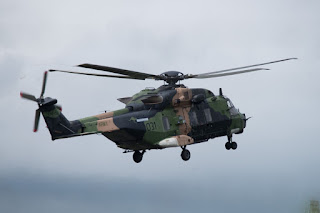 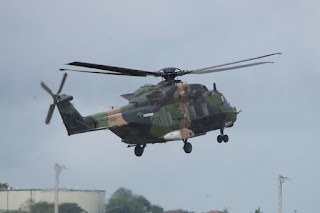 They all later departed to Townsville.
While A40-023 "Kraken 23" called into Gladstone Airport from Amberley before it too later departed to Townsville.
All four MRH-90s appeared to arrive into Amberley from RAAF Base Williamtown via Coffs Harbour the previous day.
A job well done!
Sincere thanks to local plane spotter Scott H for the taking the time to capture and send through these great photos from Rockhampton Airport!
All photos taken by Scott Harris  ©
Posted by Damian F at 8:52 PM