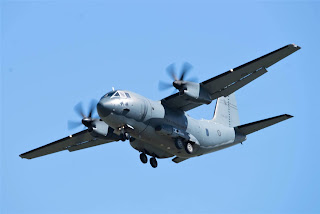 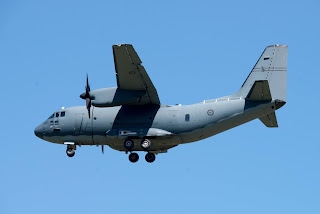 The Spartan originally departed RAAF Base Amberley and flew up to complete airwork at Bundaberg Airport.  It then continued North and was photographed as it completed several touch-and-go approaches at Rockhampton Airport. 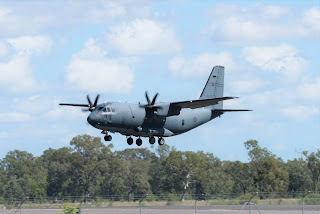 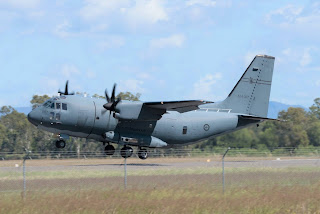 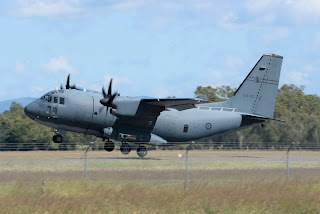 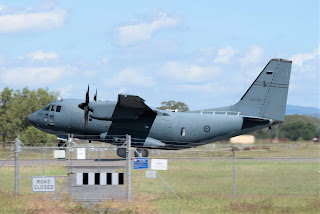 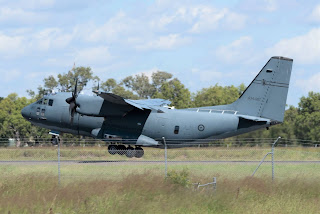 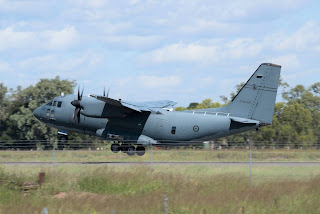 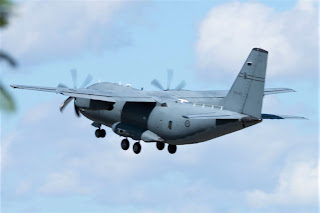 A34-007 then departed Rocky and headed West to complete more airwork around Emerald Airport before continuing out to Longreach Airport where it landed for some time.
Later, A34-007 departed Longreach Airport and returned to Amberley.
For each of these flights, A34-007 was heard to be using the radio callsign of "Kaos 34".
Sincere thanks to local plane spotter Scott H for taking the time to capture and send through these great photos!
All photos taken by Scott Harris  ©
Posted by Damian F at 8:07 PM