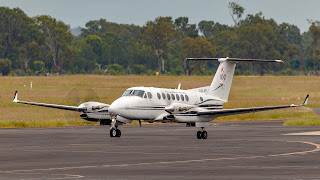 A32-671 as "Hudson 07" departed to Roma Airport via overhead Emerald and then airwork at Charleville Airport. 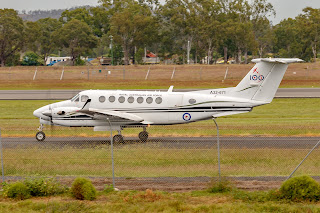 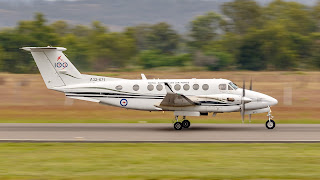 A32-651 now as "Hudson 05" also departed to Roma Airport also via overhead Emerald but then direct to Roma. 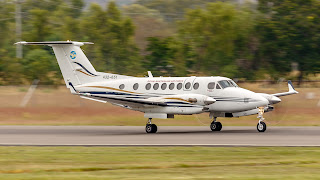 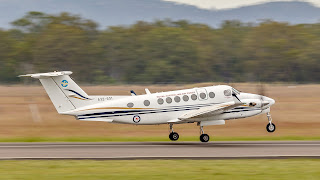 And A32-437 as "Hudson 34" also departed to Roma Airport also via overhead Emerald before also completing airwork at Charleville Airport. 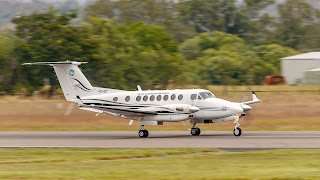 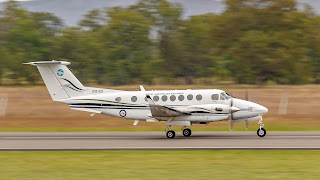 After refueling, all three Super King Airs departed directly to a landing at Tamworth Airport in New South Wales.
Finally, also on Thursday 22 April, Royal Australian Air Force (RAAF) Alenia C-27J Spartan transport aircraft A34-007 "Wallaby 05" was noted calling into Longreach Airport.  Its exact movements are not fully known but it possibly arrived from the North and departed to the South.
Sincere thanks to local photographer Steve V for allowing us to share these great photos!
All photos taken by Steve Vit  ©
Posted by Damian F at 7:42 PM