On Friday 16 April, a pair of Royal Australian Air Force (RAAF) Boeing C-17A Globemaster III transport aircraft were both spotted at and around Rockhampton Airport as they completed airwork and missed approaches, as well as a landing and departure. 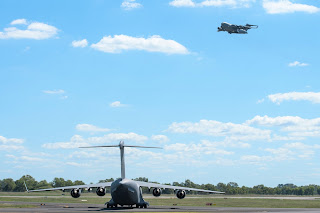 After flying into Townsville the previous day, A41-206 as "Stallion 37" flew down from there to complete a missed approach at Proserpine (Whitsunday Coast) Airport.  It then continued down to Rockhampton Airport where it landed at parked on Taxiway Juliette while it completed a crew change. 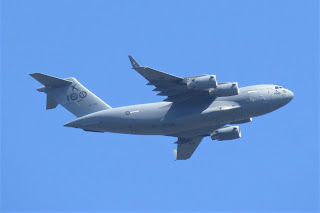 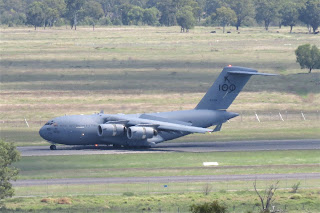 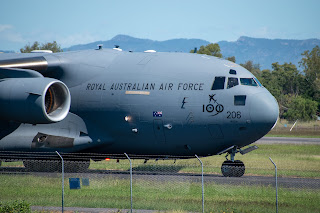 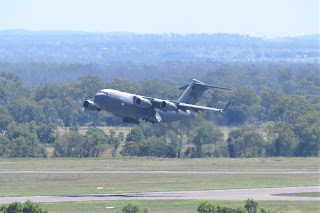 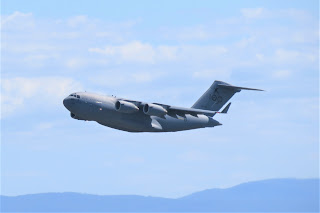 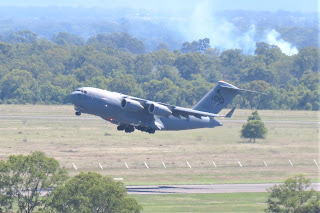 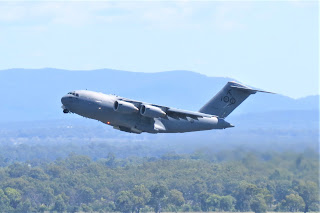 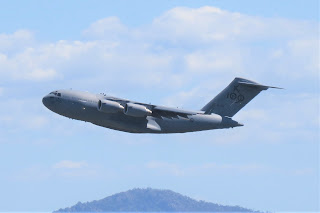 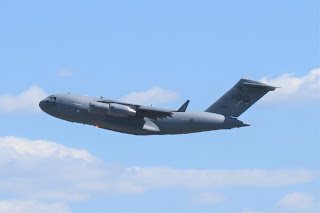 During the latter part of the morning, A41-208 as "Stallion 42" departed RAAF Base Amberley and flew out to a position South-East of Taroom where it descended to below 5000ft.  It then flew low-level over Taroom, Injune and up to Duaringa before it then headed to Rockhampton Airport where it completed a missed approach.  A41-208 then returned to Amberley. 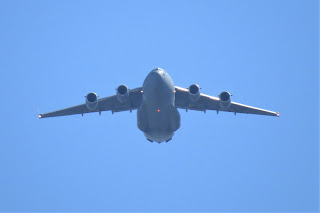 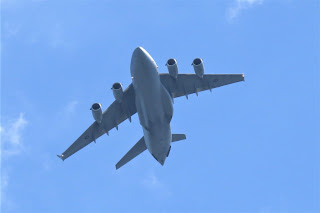 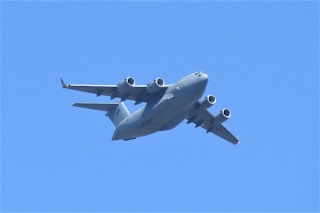 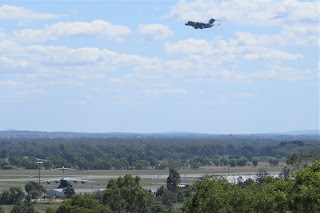 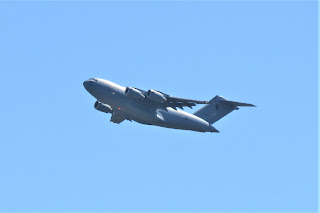 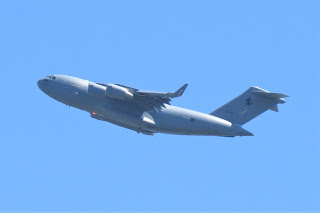 A41-208 completed its missed approach at Rockhampton Airport as A41-206 was preparing to taxi out for departure - as shown above.
Sincere thanks to local plane spotters Michael M and 'IAD' for taking the time to capture and send through these great photos!
Photos taken by Michael Malick and 'IAD'  ©
Posted by Damian F at 8:30 PM