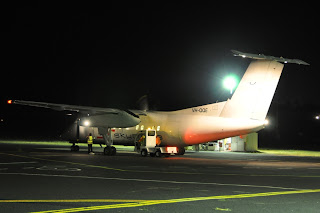 Later, VH-QQE was leased to Perth-based charter and RPT operator Maroomba Airlines, and the Dash-8 was spotted wearing Maroomba colours while still operating into Central Queensland.  Recently, VH-QQE returned to the East Coast, and was spotted at Rockhampton Airport recently by 'IAD'. 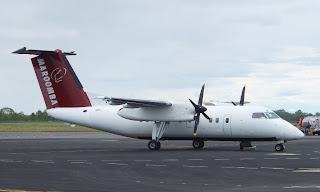 VH-QQE was spotted at Honolulu Airport on Thursday 7 March (Wednesday 6 March Hawaii time) after arriving from Cairns and Marshall Island International (Majuro). It is believed to be making its way back to the USA mainland.