Corporate Aviation Bell 429 VH-EQP has returned to Gladstone Airport twice this week as it ventured North from its Gold Coast base and then back. 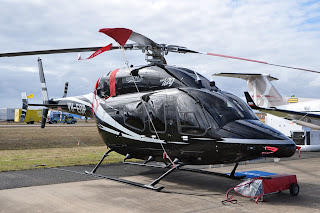 I managed to meet the pilot of VH-EQP at the Australian International Airshow at Avalon Airport earlier this month, and he commented that Gladstone Airport is a popular location to take on fuel as it ventures up and down the Queensland coast. 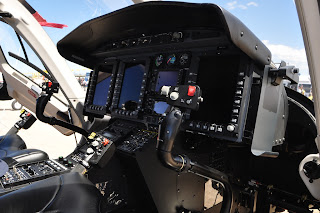 Also on Tuesday 19 March, Henty Aviation Cessna 425 VH-BSM was spotted by Jamie C on the ground at Gladstone Airport after arriving from Archerfield. 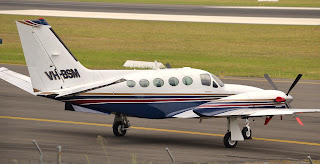 Old Station (at Raglan) Cessna 150 VH-RWM was also noted, as was Cessna 310 VH-XBB which is registered in Rolleston.  Local Cessna 172 VH-RLJ and local Cessna 182 VH-CLZ were also both noted flying around Gladstone Airport on Sunday 17 March.