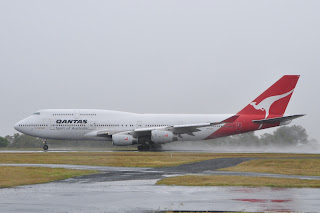 Qantas Boeing 747-438 VH-OJD "City of Brisbane" had departed Australia on its last ever revenue service - QF15 from Brisbane to Los Angeles - on Wednesday 6 March.  After its arrival into Los Angeles, VH-OJD is expected to fly to Victorville, California, for storage until it is sold or scrapped. 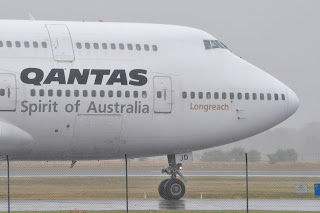 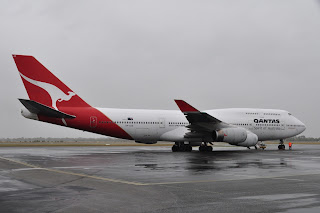 The aircraft was delivered to Qantas in January 1990 and was an important part of the Qantas international fleet for many years.  In her final years with Qantas however, VH-OJD mainly operated the high-density Sydney to Perth route with the occasional flight overseas.  VH-OJD was also utilised on several charter flights for the Australian Defence Force (ADF), and made several visits to Rockhampton (where it is pictured) over the last couple of years.

A real beauty of the sky that will be missed!
Posted by Damian F at 4:06 PM