On Thursday 21 March, Worldflight 2013 Earthrounder Piper PA-46 Malibu N49HF touched down from Moree in New South Wales.  According to the Worldflight 2013 website (link HERE) N49HF is scheduled to depart to the Gold Coast in the coming days where it will depart Australia for the South Pacific and the continuation of its round-the-world flight. 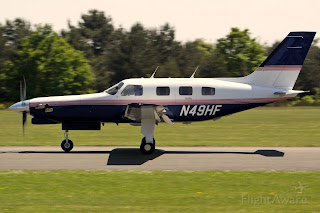 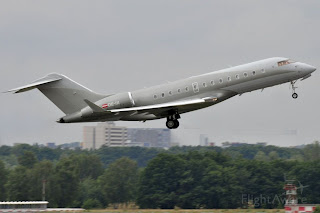 Lastly, on Tuesday 19 March two Virgin Australia flights were diverted from Hamilton Island Airport due to strong winds and rain that have affected the North and Central Queensland coasts this week in the wake of ex-Tropical Cyclone Tim.  The VOZ1281 flight from Sydney and the VOZ1495 flight from Brisbane circled at Hamilton Island for some time before eventually diverting to Mackay Airport.  On the ground at Mackay, passengers were prevented from leaving the plane, and evenutually both flights returned to Sydney and Brisbane respectively.  Later on Tuesday 19 March, an additional flight operated into Hamilton Island from Brisbane.
Posted by Damian F at 9:58 PM