Some Great Plane Spotting Images from Gladstone Airport on Friday

Friday 8 March at Gladstone Airport was a busy day, and local plane spotters Jamie C and Michael F were on hand to capture some of the action.

Jamie captured some of the action during the late morning including the new locally-based Careflight Queensland Bell 412EP VH-XCY which is based at Gladstone Airport.

The Careflight chopper has taken up residence in Gladstone this year thanks largely to the local LNG companies - whose logos emblazon the side of VH-XCY. 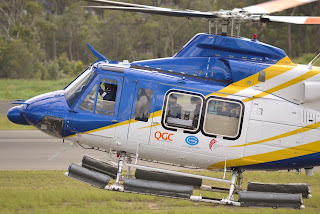 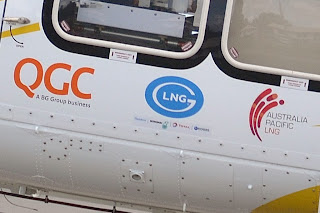 Also spotted at Gladstone on Friday 8 March was Air Link (Dubbo) Beech 1900D VH-RUE which operated a charter in and out of Gladstone from Brisbane.

It's also worth noting that the Queensland Government (State Of Queensland) Raytheon Hawker 850XP bizjet VH-SGY also departed Gladstone Airport for Brisbane on Friday 8 March.  It had arrived the previous evening.

Later on Friday 8 March, Michael F ventured to Gladstone Airport and captured some fantastic images around dusk, including CromAir Cessna 414A Chancellor VH-CBT as it departed back to its Bundaberg base.

I personally love this photo of VH-NXR right at the point of touch down on Gladstone Airport's Runway 10.

Gladstone now receives as many as five QantasLink Cobham Aviation-operated B717-200s most weekdays.

Also spotted was Virgin Australia (Skywest Airlines) ATR 72-500 VH-FVM as it touched down from Brisbane as VOZ1715.

Later, the CareFlight Bell 412EP VH-XCY returned to its Gladstone Airport base.

A big thanks for Jamie C and Michael F for sending through these absolutely fantastic photos!

Photos taken by Jamie C and Michael Fleetwood  ©
Posted by Damian F at 9:46 AM