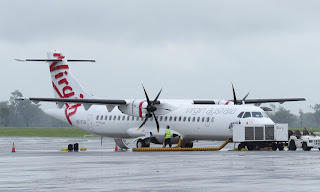 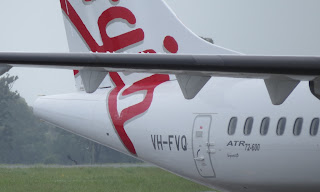 VH-FVQ is one of two ATR 72-600 aircraft (the other is VH-FVR) that entered service for Virgin Australia last week.

'IAD' was also fortunate enough to capture sister-ship VH-FVN as it passed through Rockhampton Airport as well. 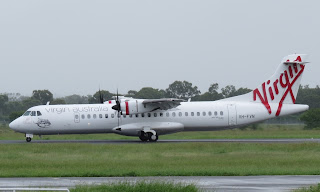 Lastly, a nice aircraft also captured at Rockhampton Airport on Saturday 9 March was Skytrans Dash-8-100 VH-QQK which touched down on a charter flight from Cairns, and joined the two ATRs on the Airport apron. 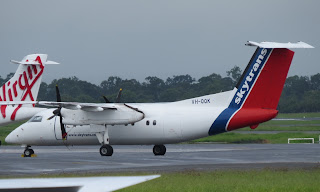 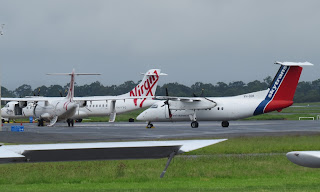 Incidentally, on Friday 8 March, 'IAD' was at the Rockhampton Airport and captured Virgin Australia Embraer E-190 VH-ZPO as it departed for the South. 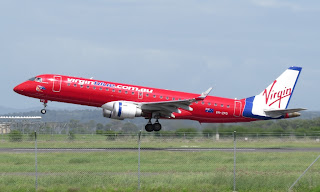 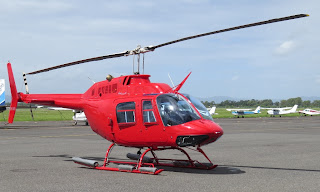 Great coverage as usual - thanks mate!