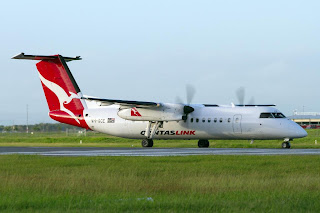 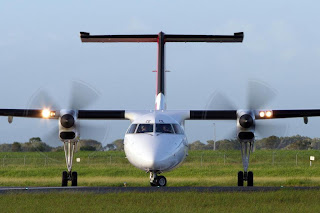 Notable about VH-SCE now is that it has been repainted into the new Qantas / QantasLink livery. 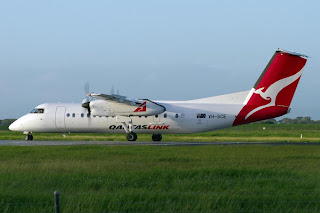 Next, a familiar aircraft for Dave - he saw it last time in Mackay too - was Virgin Australia Boeing B737-800 VH-VUW, which he captured departing to Brisbane as VOZ600.  VH-VUW still wears a white nose! 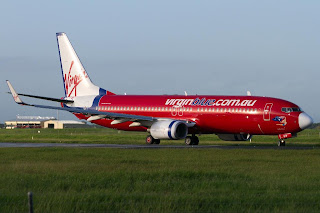 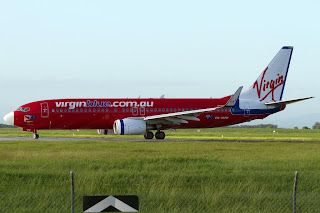 Last of the early morning rush out of Mackay was QantasLink Dash-8-Q400 VH-QOB which is seen departing to Brisbane as QLK2511. 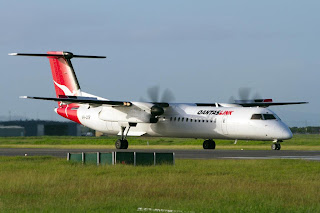 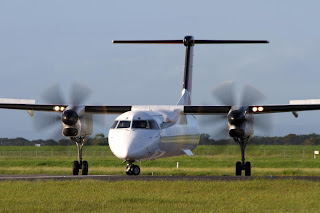 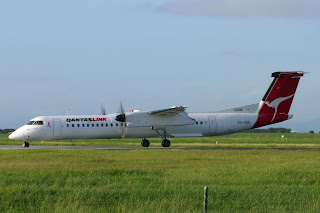 Mackay Airport can be quite busy on weekday mornings with a a wide variety of commercial operators and aircraft.  A little later in the morning, Dave ventured back to the Airport and captured Virgin Australia Boeing B737-800 VH-YFC as it was departing to Brisbane as VOZ604. 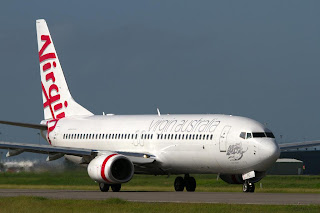 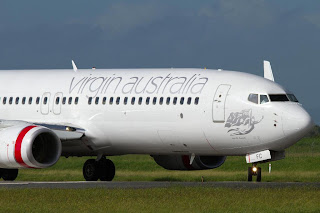 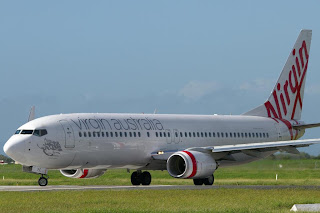 Then QantasLink (Cobham Aviation) Boeing B717-200 VH-NXR was photographed departing as QJE1761 also to Brisbane. 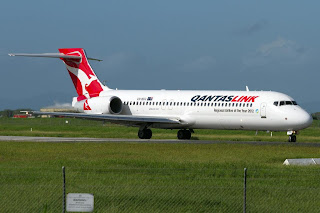 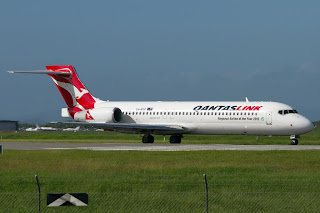 And then to round off a nice half-hour of spotting, Jetstar Airways Airbus A320-200 VH-VGI was photographed by Dave touching down as JST882 from Brisbane. 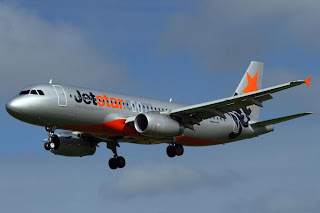 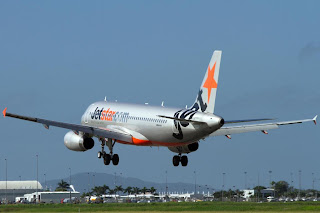 He also managed a couple of photos of VH-VGI departing back to Brisbane as JST883. 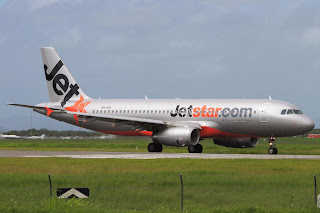 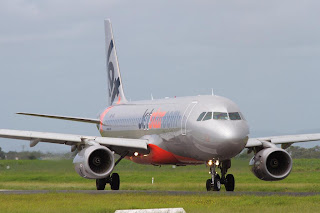 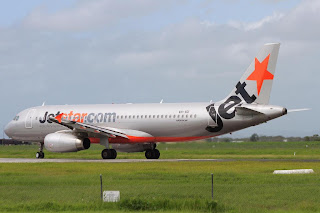 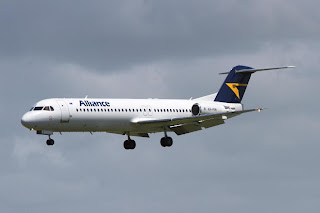 It later departed back to Brisbane as UTY2515. 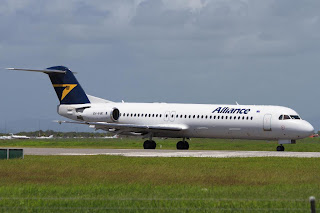 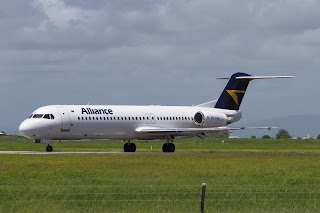 Virgin Australia Boeing B737-800 VH-YIM was captured departing to Brisbane as VOZ608. 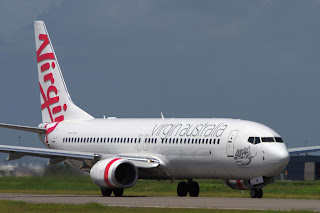 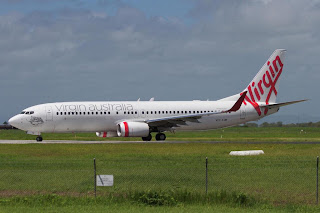 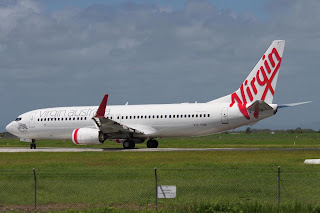 Lastly, and probably the highlight of the day for Dave, was capturing the arrival and departure of Tiger Airways Airbus A320-200 VH-VNP as it touched down at Mackay Airport from Melbourne (Tullamarine) Airport as TGW382. 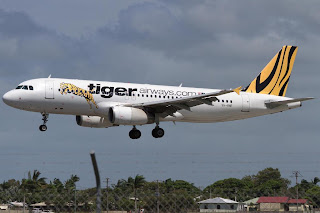 As they don't usually fly to Townsville,  this was a great for Dave opportunity to capture a Tiger Airways aircraft, and he certainly didn't let it go to waste, also capturing some fantastic images of VH-VNP as it departed back to Tullamarine as TGW383. 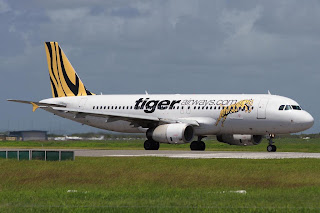 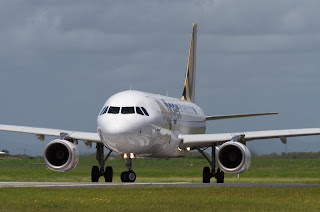 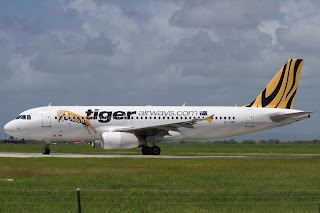 My sincere thanks to Dave for sending us through some of his fantastic photos from Mackay - the weather and technology Gods haven't smiled upon us this week, and I sincerely thank Dave for his efforts this week!