A Few More Photos from Rockhampton Airport over the Weekend

Rockhampton Airport is always a hive of activity - particularly for light aircraft - and over this last weekend, Rockhampton plane spotters 'IAD' and Don W ventured to the Airport and captured some of the great action that can be seen most weekends. 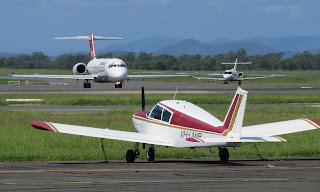 By far the highlight of the weekend was seeing the Queensland Government (State of Queensland) Raytheon Hawker 850XP bizjet VH-SGY.  'IAD' captured some great images of VH-SGY arriving on the Friday 22 March, and then departing to Townsville on Saturday 23 March - including this one below. 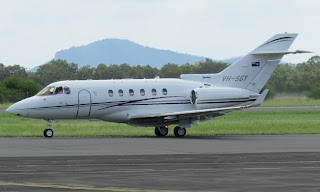 But a trip to Rockhampton Airport is never complete until you've caught some of the other various aircraft that come and go from Rockhampton all the time - and that's what 'IAD' did!

On Friday 22 March, he captured QantasLink Dash-8-Q400 VH-QOR as it waited patiently on the Rockhampton Airport apron for its next load of passengers. 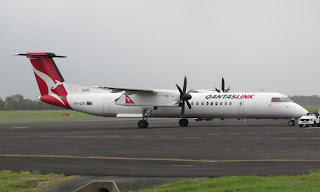 On Saturday 23 March, Virgin Australia (Skywest Airlines) ATR 72-600 VH-FVP was captured brilliantly as it lifted off from Runway 15 at Rockhampton bound for Brisbane as VOZ1242. 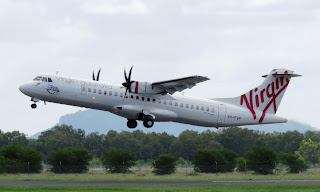 Don W managed to catch up an interesting visitor from Redcliffe in the form of Brisbane-based Cessna 414A VH-FCZ. 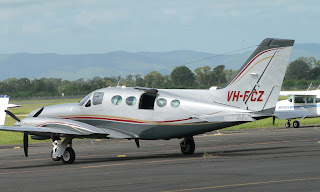 'IAD' also caught up with a few of the 'local' aircraft that call Rockhampton Airport home - starting with The Rockhampton Aero Club's BN-2A-8 Islander VH-SLM. 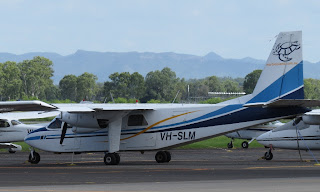 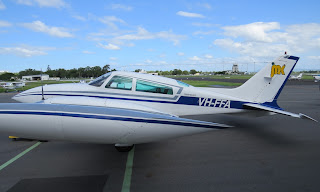 And seemingly a new locally based training aircraft, Cessna 172 VH-MEN. 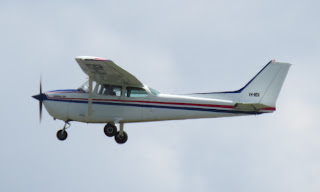 VH-MEN was also captured on Sunday 24 March as it taxied in after completing another local flight - not on the grass as it appears - it looks like the grass needs a mow at Rockhampton Airport! 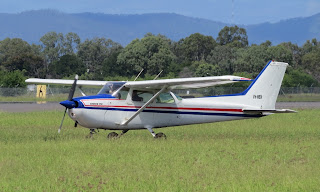 Another locally-based flight training aircraft is the Rockhampton Aero Club's Cessna 172 VH-XUI which was captured from below. 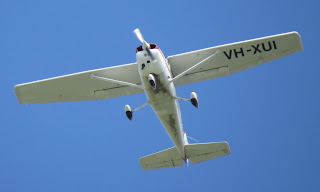 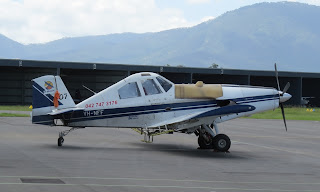 On the commercial front, 'IAD' captured a pair of QantasLink Dash-8-Q300 aircraft as they passed through Rockhampton - VH-SBT and VH-TQE. 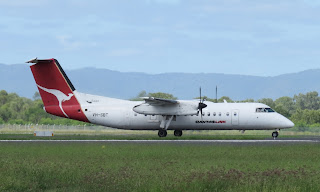 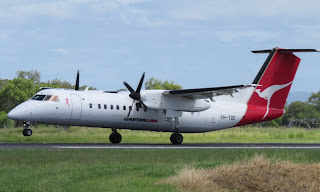 As well as QantasLink (Cobham Aviation) Boeing B717-200 VH-NXM which is seen taxiing for departure to Brisbane as QJE1731. 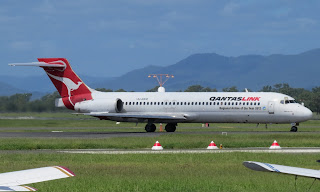 Lastly, on Sunday 24 March, the Queensland Government Hawker 850XP bizjet VH-SGY was captured by 'IAD' as it returned to Rockhampton from Townsville.  It later departed to Hervey Bay. 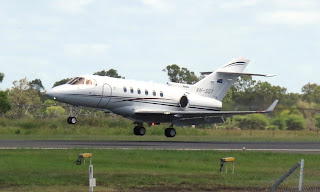 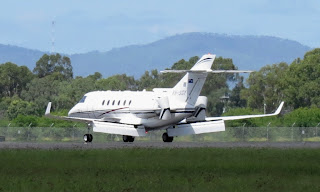 What a great weekend of plane spotting action - my sincere thanks gentlemen!