And Virgin Australia Boeing B737-800 VH-VUT Pops into Gladstone Airport on Friday too!

Another Boeing B737 to visit Gladstone Airport on Friday 7 February was Virgin Australia B737-800 VH-VUT which popped in on a scheduled service from Brisbane. 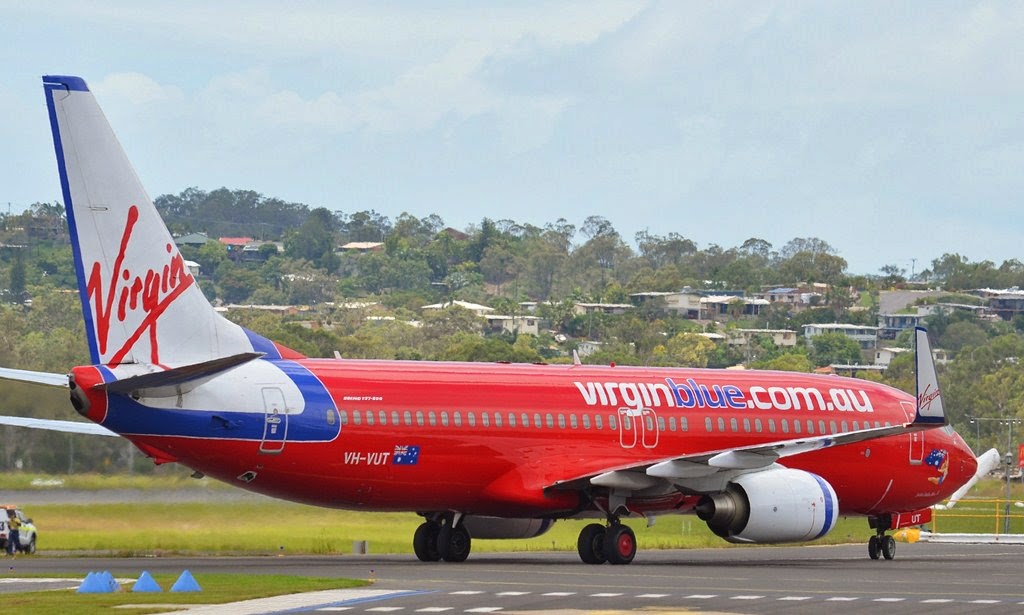 Despite the cloudy conditions, local plane spotters Jamie C and Tash C were again on hand and captured some great images of the Virgin jet as it touched down as VOZ1711 from Brisbane. 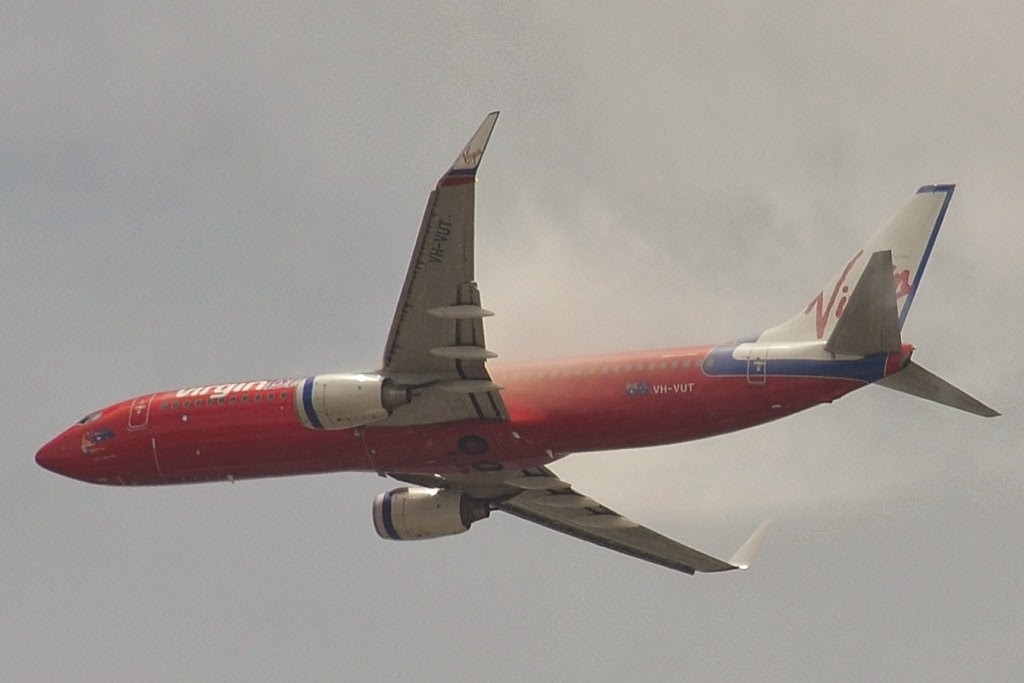 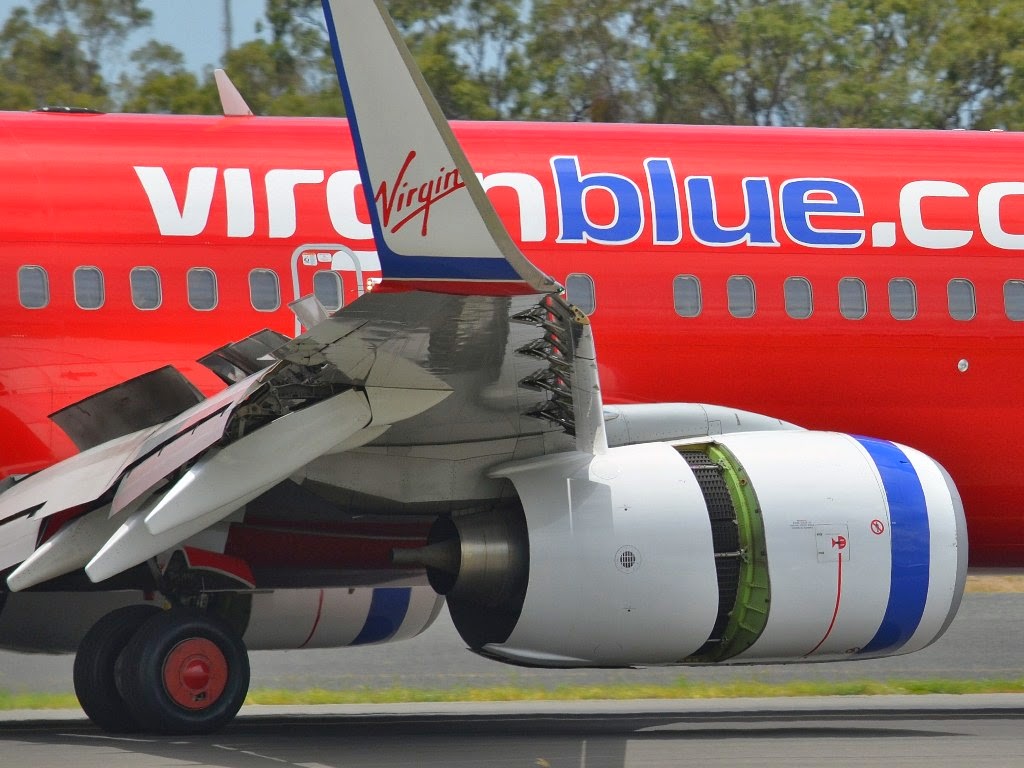 Soon after, VH-VUT - named "Yabba Dabba Blue" - departed back to Brisbane as VOZ1714. 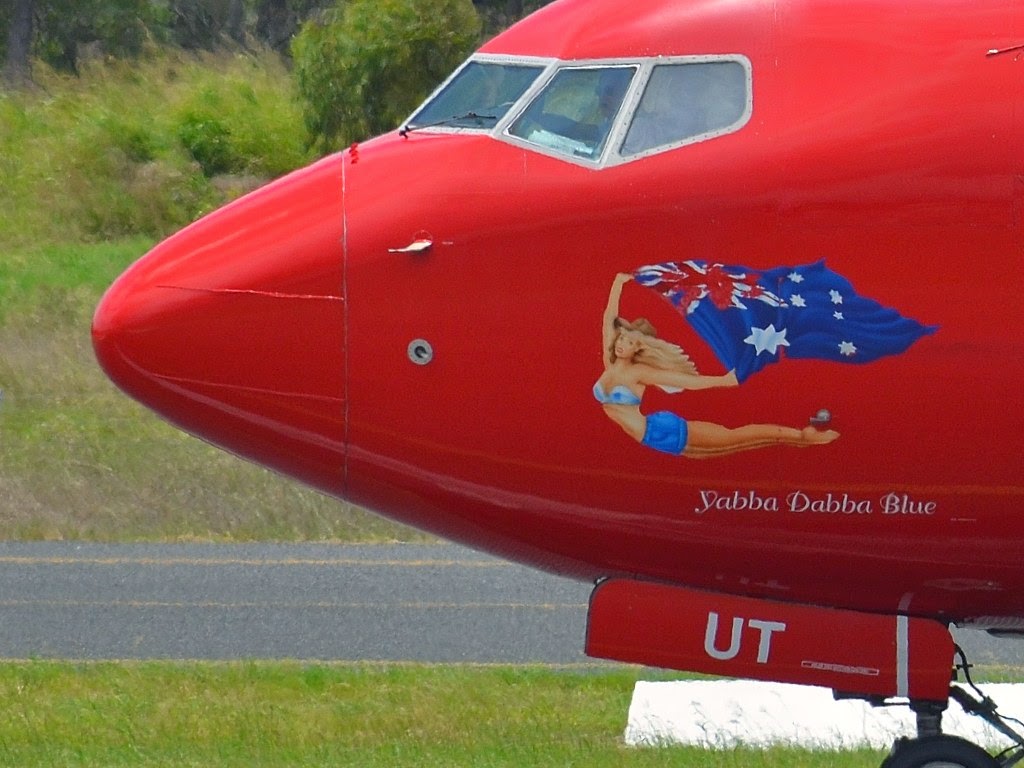 As shown, VH-VUT still wears the older red Virgin Blue colours.  It is should be noted that each of Virgin's 24 B737s still wearing this colour scheme will each be re-painted in Townsville.  VH-VUV is currently being re-painted, while VH-VUC and VH-VUS have recently emerged in the new while Virgin Australia colour scheme.

It is suspected that VH-VUT may have operated into Gladstone due to the unserviceablity of Virgin Australia Regional Airlines (VARA) ATR 72-500 VH-FVM which spent the morning on Friday 7 February parked up at Gladstone after unsuccessfully trying to depart late on Thursday 6 February.

VH-FVM eventually re-positioned back to Brisbane empty as VOZ9560 around lunchtime on Friday 7 February.  After arriving in Brisbane, VH-FVM re-entered service for Vrigin Australia, operating a return service to Emerald.

Sincere thanks to Jamie and Tash for capturing the fantastic action from Gladstone Airport over the week - your contributions to the CQ Plane Spotting are really appreciated!