It was a busy day at Longreach Airport on Sunday 16 February with Prime Minister Abbott jetting in from Canberra on board one of two Royal Australian Air Force (RAAF) Canadair CL-600-2B16 Challenger 604 bizjets.

It's also worth noting that earlier in the week on Wednesday 12 February, the Queensland Government Raytheon B300 Super King Air VH-SGQ also called into Longreach for a time from Hughenden.

Finally, perhaps the most spectacular movement into Longreach on Sunday 16 February was QantasLink Dash-8-Q400 Next Gen VH-LQM which was adorned with special stickers just for the day depicting a new partnership between Arnott’s Tim Tam biscuits and Qantas. 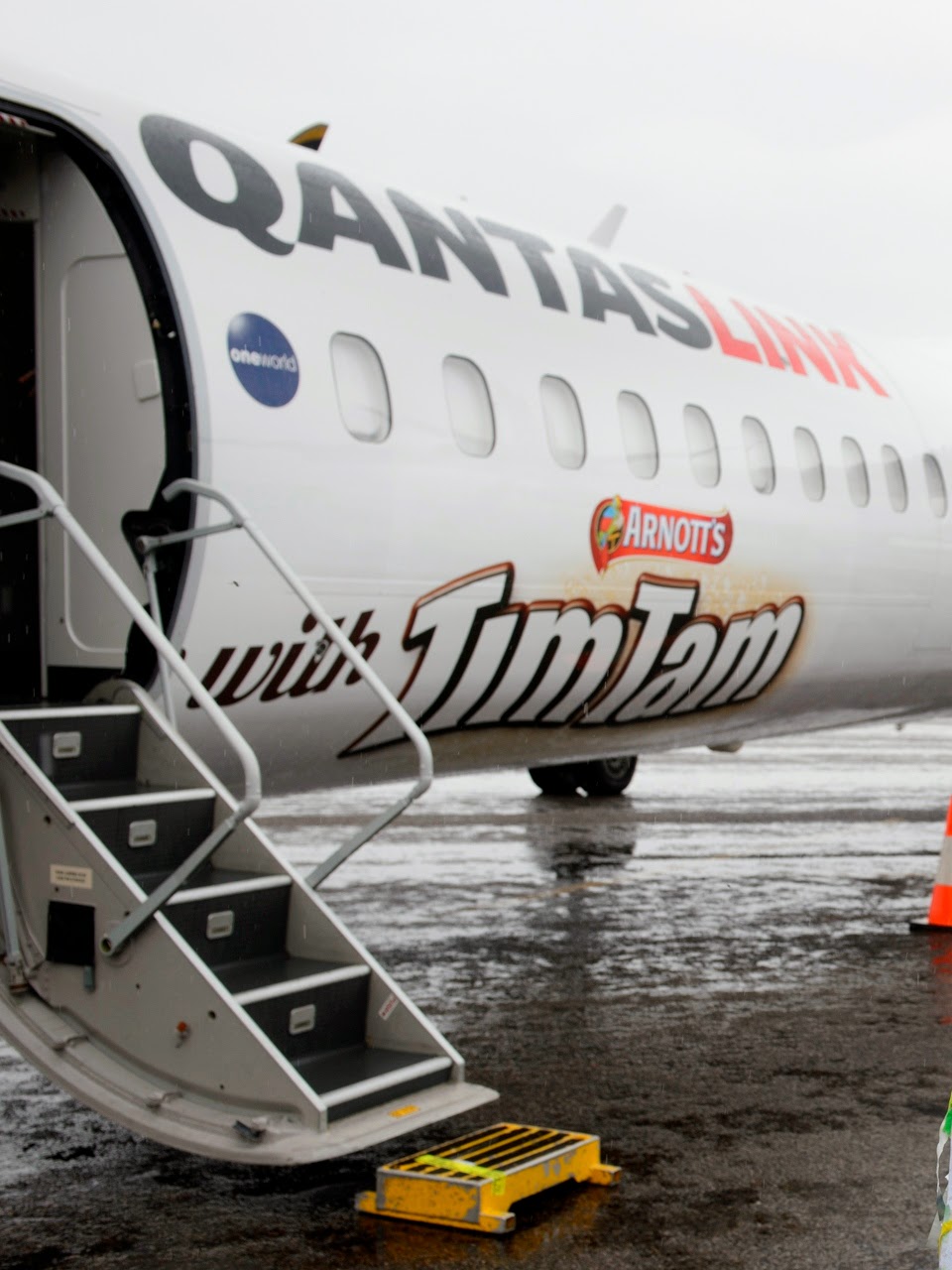 VH-LQM flew into Longreach from Winton, before departing back to Brisbane.  Arnott’s Tim Tam has kicked off celebrations for its 50th anniversary by partnering with Qantas to reunite friends and family from the remote central western Queensland town of Winton.  The partnership saw people from across Australia and as far away as the UK travel on the chartered QantasLink Dash-8 to Winton so they could reconnect.  The reunion will form the basis for an advertising campaign that starts in March.
Posted by Damian F at 11:29 PM