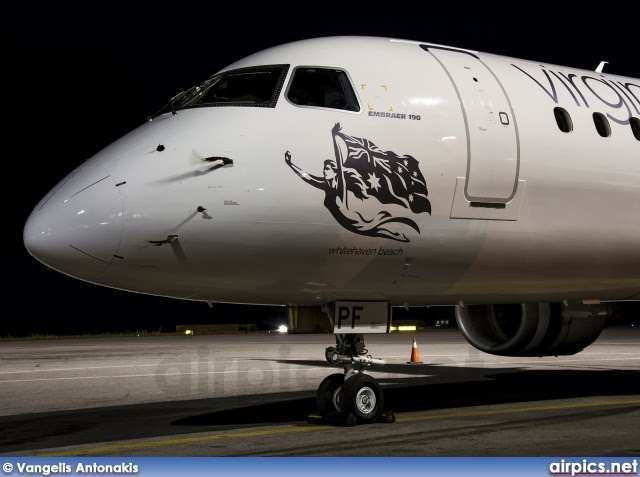 In what is becoming a familiar pattern, Virgin Australia Embraer E-190 VH-ZPF returned to Australia from overseas wearing its new colours - and the name "Whitehaven Beach" - and immediately returned to service flying into Central Queensland twice on Wednesday 12 February.

VH-ZPF initially flew into Proserpine / Whitsunday Coast Airport from Brisbane operating the VOZ1113/1114 service, before flying into Mackay from Brisbane as VOZ607/610.

Sister-ship VH-ZPG departed to Europe for maintenance and re-painting on Wednesday as well and will be the next E-190 to wear Virgin's new colours.

Incidentally, Virgin Boeing B737-800s VH-VUS and VH-VUV have also been noted in Central Queensland now in new colours after re-painted in Townsville.
Posted by Damian F at 6:44 AM