As reported below, I personally popped into Emerald Airport during the afternoon of Wednesday 12 February, and was more than pleasantly surprised to see and photograph the visiting Challenger Management LLC Gulfstream GV-SP (G500) bizjet N760CC. 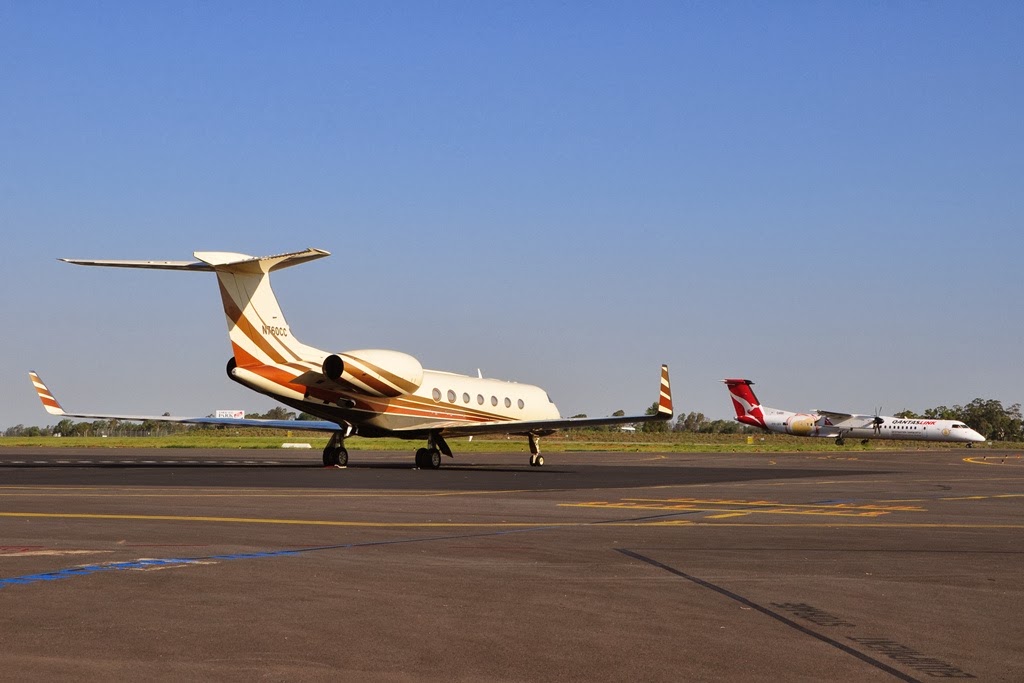 Back on Wednesday while I was at Emerald Airport, I captured a few other photos including another visiting bizjet in the familiar form of Mackellar Mining Equipment / Flight Options (Australia) Cessna 560 Citation Ultra VH-MMC, which had arrived from the Sunshine Coast earlier in the day. 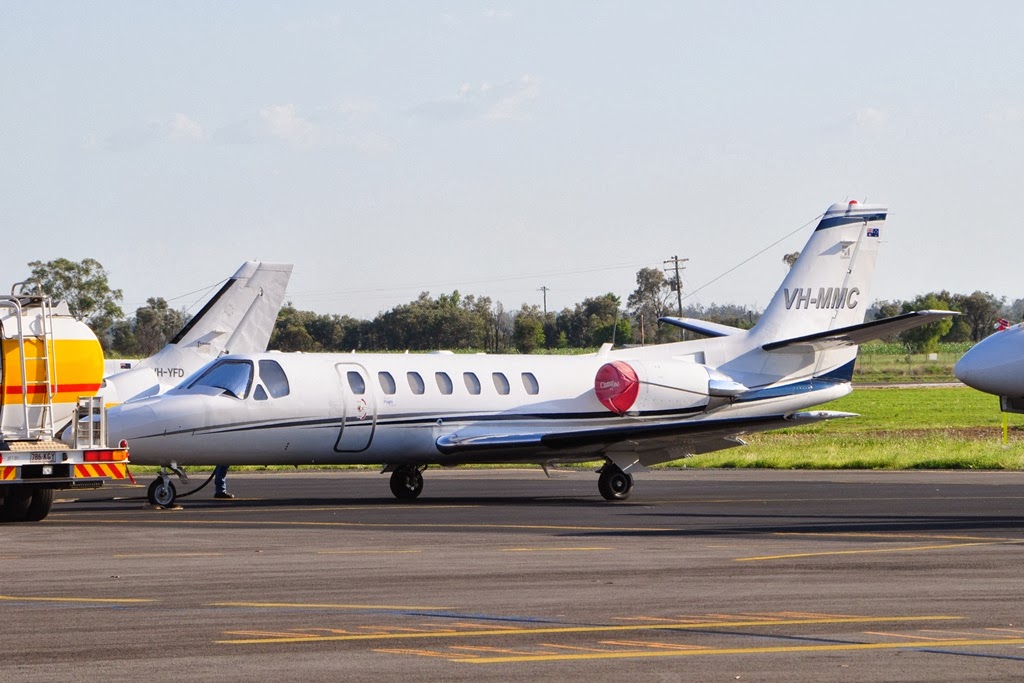 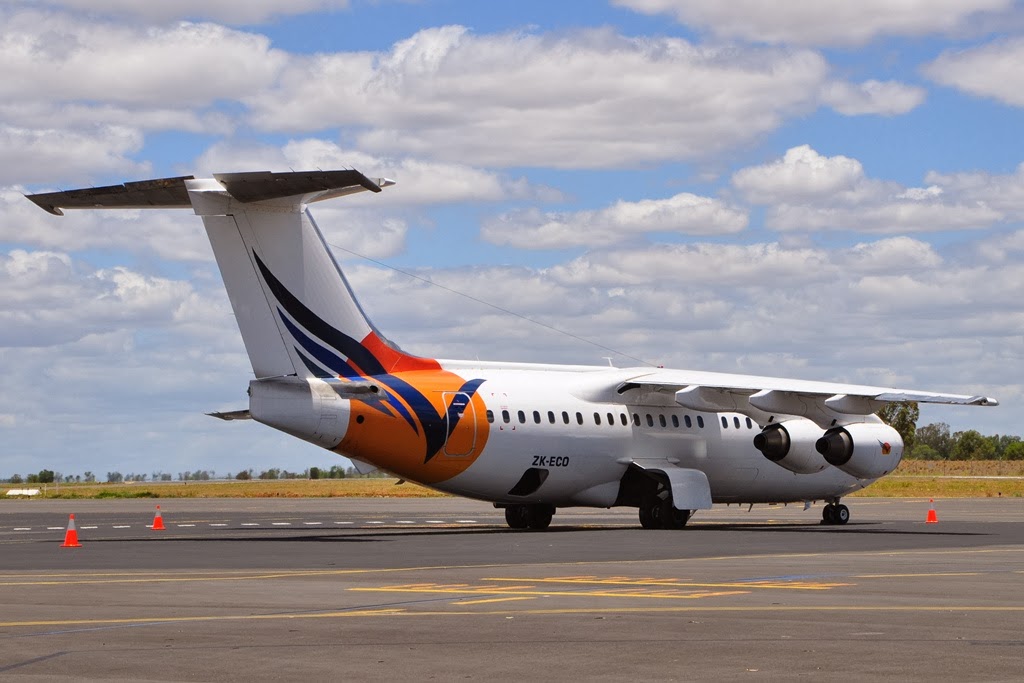 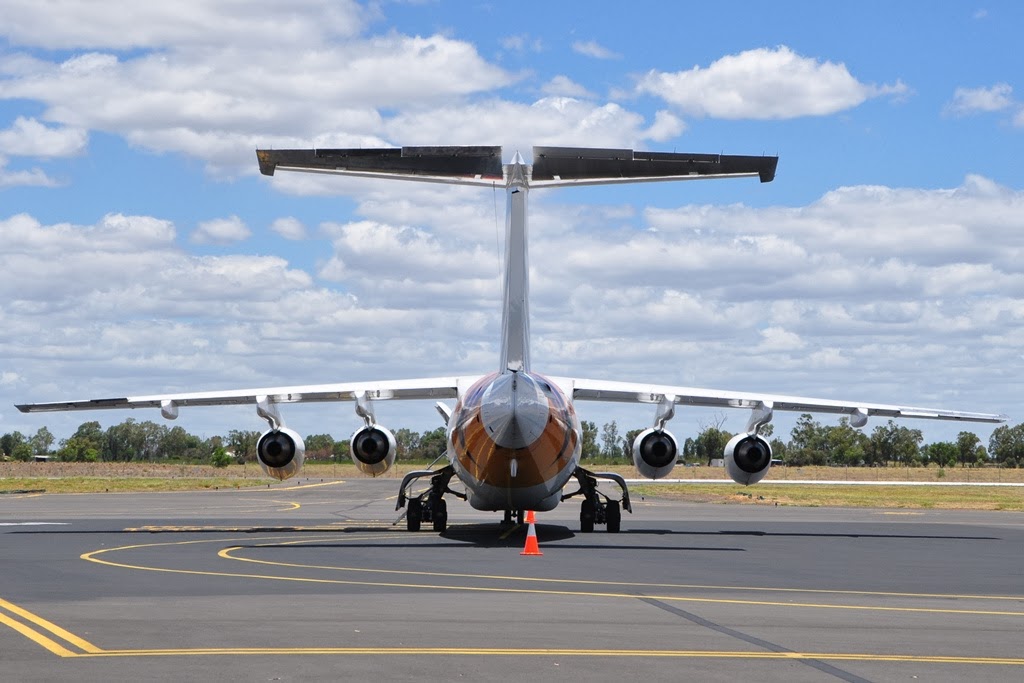 The typical scene around lunchtime each Wednesday was also recently captured by local aviator Ben DV as he departed Emerald in his Bell 206 helicopter.  ZK-ECO and VH-MMC (both visiting at the time again) can be clearly seen, along with the parked Toll Freight / Toll Express Metro.

There was of course two other FIFO movements of note into Emerald Airport over the week, with the twice-weekly Regional Express (REX) / Pel Air flights touching down from Brisbane late on Tuesday 11 February and then again early on Wednesday 12 February.  REX SAAB 340B VH-ZLO operated the PFY9282/9283 flight on Wednesday morning, while sister-ship VH-REX popped in late on Tuesday as PFY9286/9287 from and back to Brisbane. 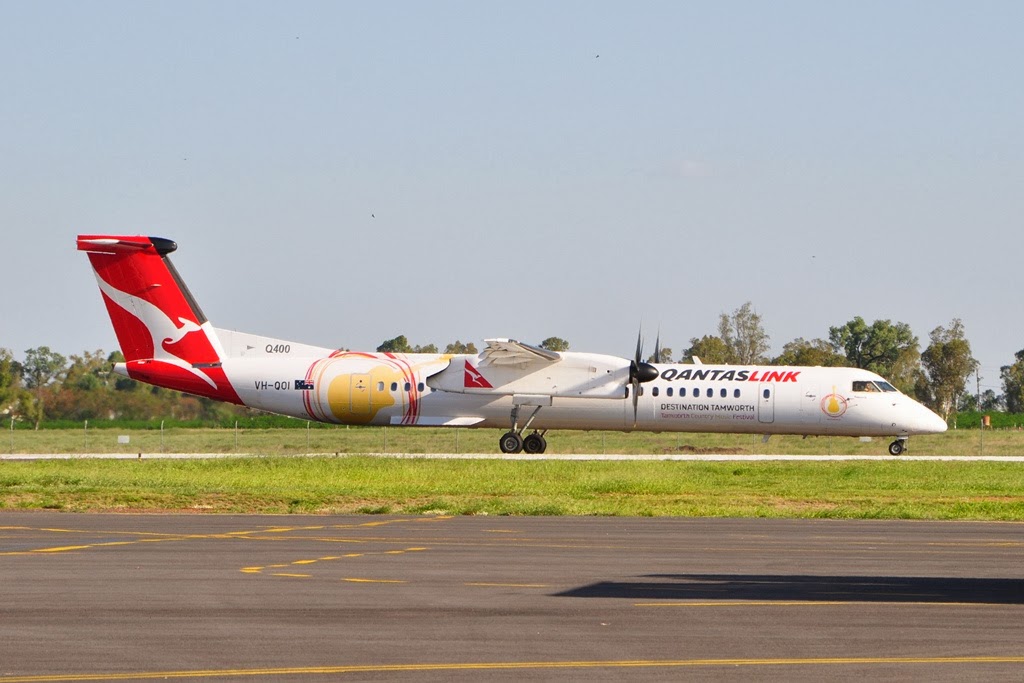 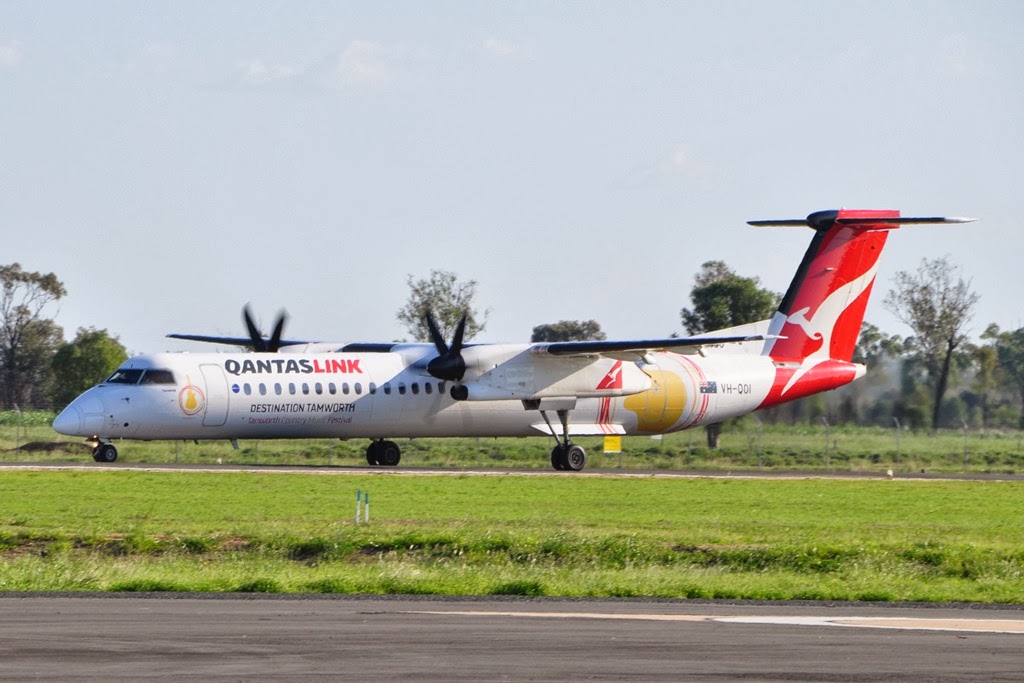 I spent less than an hour at Emerald Airport on Wednesday, but it sure was one of the better plane spotting trips I've had!
Posted by Damian F at 9:05 PM