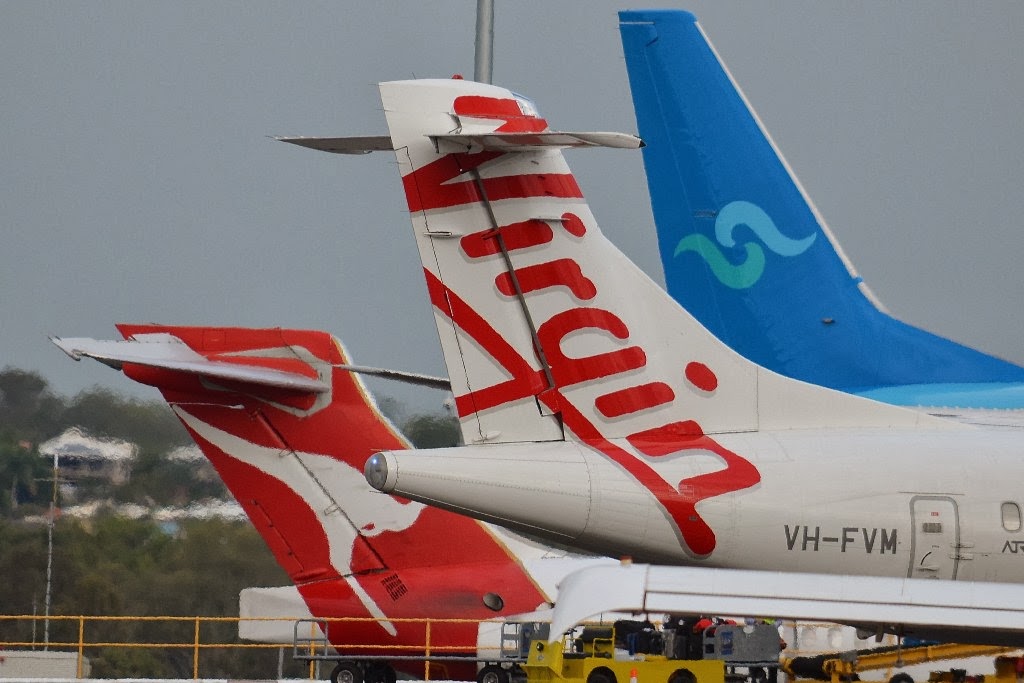 Making its second visit to Gladstone Airport in a little over a week was Our Airline / Air Nauru Boeing B737-300 VH-PNI which touched down late on Saturday 15 February as RON914 from Brisbane.  Local plane spotter, Michael F was on hand to capture VH-PNI shortly after it arrived.

After spending the night at Gladstone Airport, VH-PNI departed back to Brisbane early on Sunday 16 February as RON915.  Again, it is presumed that VH-PNI was operating a closed Fly-in Fly-out (FIFO) charter flight into the industrial city.

It's worth sharing some other photos from VH-PNI's last visit to Gladstone that were captured by local plane spotters Jamie and Tash.

QantasLink Dash-8-Q400 VH-LQF was photographed parked on the lower apron at Gladstone Airport.  VH-LQF is a new 'next gen' Dash-8-Q400, and still wears its additional titles highlighting the fact that QantasLink was the 'Regional Airline of the Year for 2012'.

Meanwhile, Jamie and Tash also send through some shots of Virgin Australia Regional Airlines (VARA) ATR 72-500 VH-FVI as it arrived into Gladstone from Brisbane on a scheduled service.

Great photos! Sincere thanks to Jamie and Tash!

Photos taken by Michael Fleetwood and Jamie and Tash  ©
Posted by Damian F at 11:44 AM