I've personally wondered what has ever happened to the latest Virgin Australia Regional Airlines (VARA) ATR 72-600 which is registered VH-VPI.  Well now we all know! 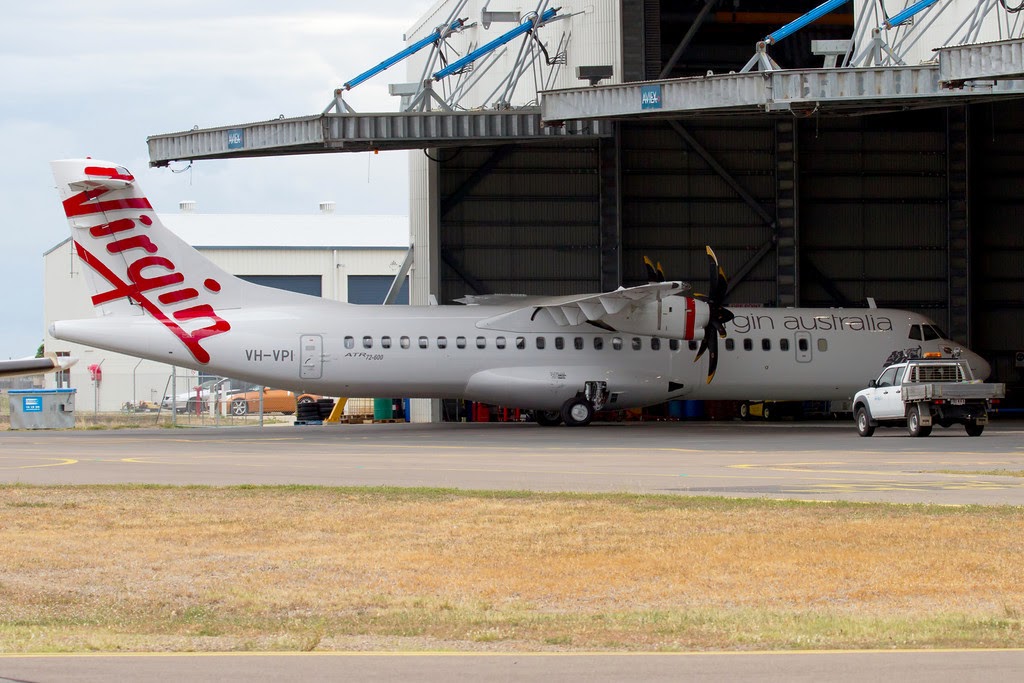 With thanks to the FNQ Skies Blog and Townsville plane spotter Dave, we have photographic evidence that VH-VPI exists and has in fact been stored at Townsville Airport.  It has reportedly spent most of its time at Townsville parked inside a hangar, however it was spotted recently outside in the North Queensland open air!

VH-VPI was delivered to Australia in September 2013, and flew to Townsville from Perth some time later.