A week after it visited and sadly broke down, United States Air Force (USAF) Lockheed C-5M Super Galaxy (L-500) 87-0032 returned to Rockhampton Airport on Thursday 14 September, flying in directly from RAAF Base Richmond again as "Reach 340". 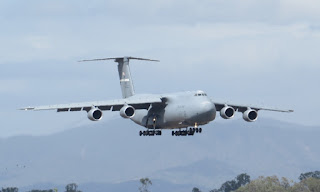 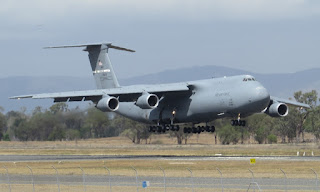 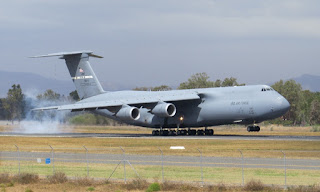 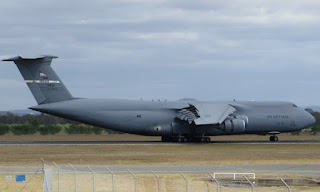 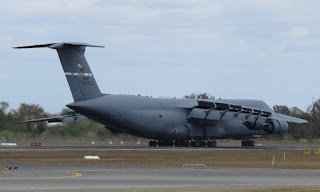 It again taxied in and parked on Gate 6 on the Southern end of the parking apron. 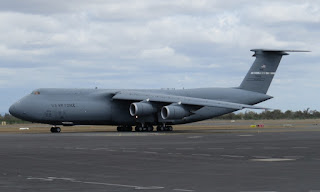 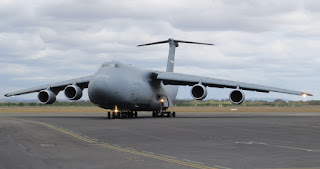 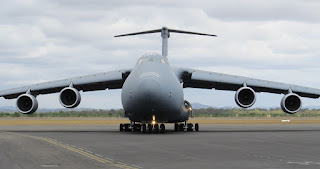 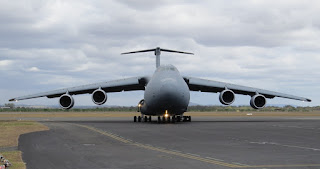 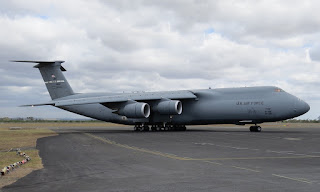 The Galaxy had departed Rocky for Richmond last weekend to undergo repairs around the front landing gear after a component reportedly becoming unserviceable preventing the mighty USAF aircraft from retracting the front gear and assuming a 'kneeling' position to enable it to be loaded. 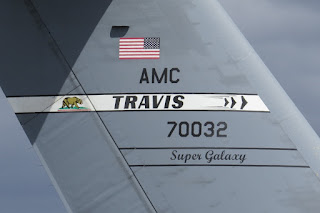 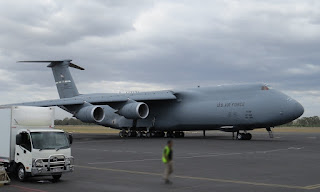 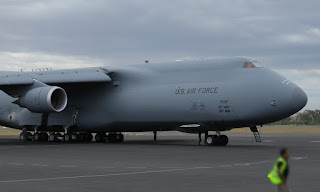 Upon its return on Thursday, 87-0032 was expected to be loaded with one of two Combatant Craft Medium (CCM) Mk 1 Stealth Boats which are operated by the United States Navy SEAL's.  The Navy SEAL's Shadowy Multi-Mission Stealth Speedboats are currently in a nearby compound and have been prepared to be flown back to Hawaii following their participation in the recently completed joint Military Exercise Talisman Saber 2017.

It became apparent though to local plane spotters and other onlookers, that the problem with the front landing gear on the Galaxy had re-occurred and at the time of writing, it was still unable to be loaded and was spending the night parked on Gate 6 on the Southern end of the Rockhampton Airport parking apron.

UPDATE!  Early on Friday 15 September, information suggested that the Super Galaxy 87-0032 was scheduled to make a mid-morning departure from Rockhampton Airport for Andersen Air Force Base in Guam.