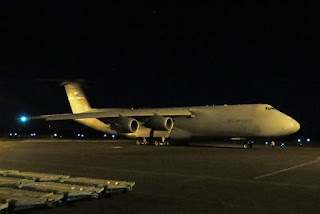 It taxied in and parked on Gate 6 on the Southern end of the Airport parking apron. 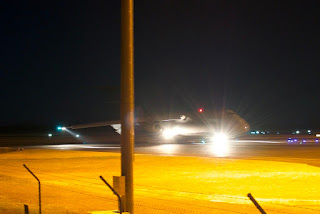 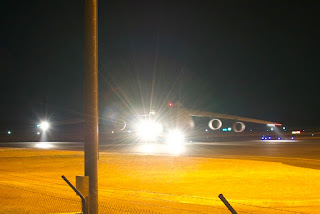 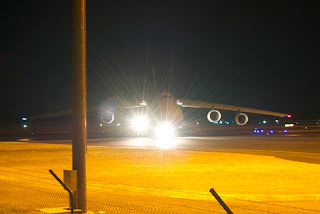 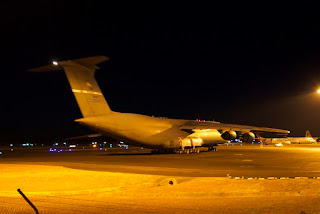 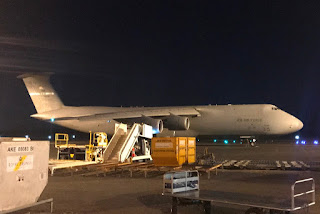 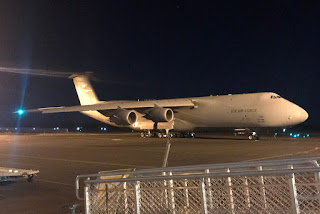 Soon after arriving, its nose was raised and lowered several times before it was eventually shut-down and closed up for the night. 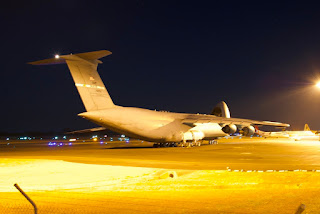 During the course of Wednesday 6 September, the mighty aircraft remained parked on Gate 6 and was refuelled in preparation for loading and subsequent departure which is rumoured to be sometime on Thursday 7 September. 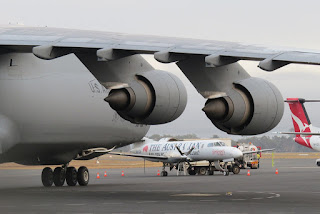 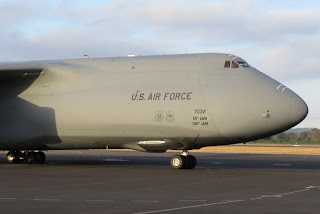 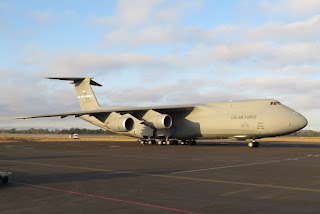 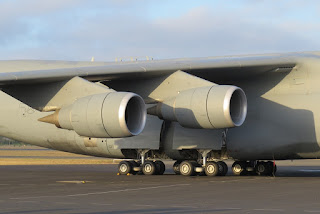 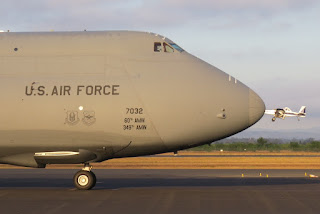 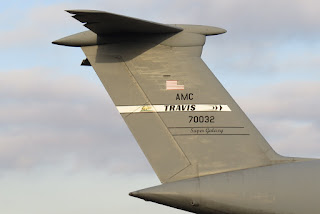 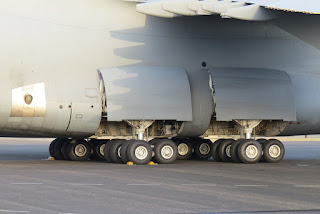 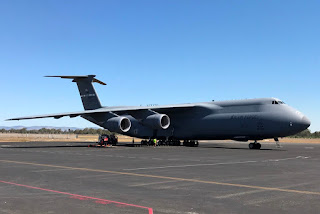 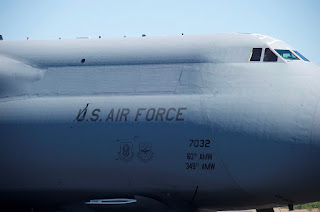 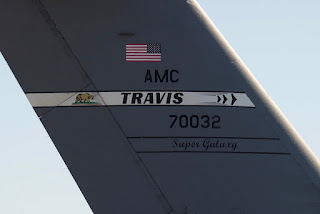 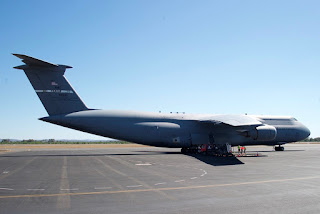 The Galaxy is reportedly at Rocky to transport one of two Combatant Craft Medium (CCM) Mk 1 Stealth Boats which are operated by the United States Navy SEAL's.  It has been reported that another (or possibly the same) USAF C-5 Galaxy will come to Rockhampton Airport later in the week or on the weekend the transport the second of the Navy SEAL's Shadowy Multi-Mission Stealth Speedboats.  They were recently spotted below on the water at the Port of Gladstone. 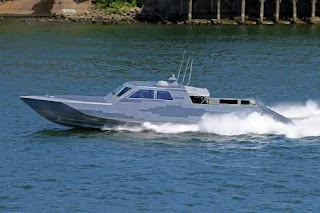 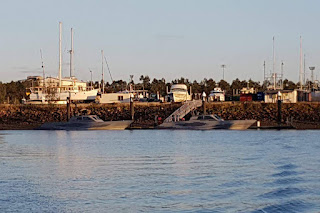 Of interest, the Galaxy 87-0032 is flown by the USAF's 22nd Airlift Squadron (22nd AS) "Mulies" which is part of the 60th Air Mobility Wing based at Travis Air Force Base in California. 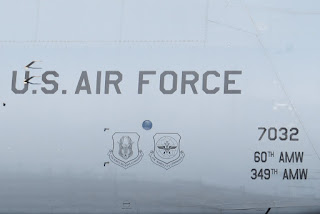 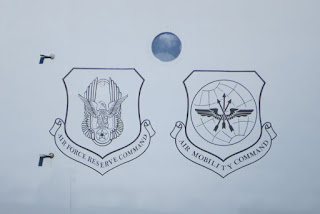 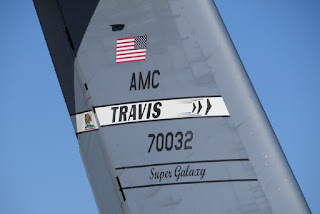 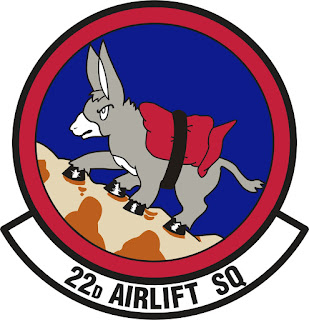 It is the 26th USAF C-5 to be converted to a C-5M 'Super Galaxy' which features new General Electric F138-GE-100 (CF6-80C2) engines, pylons and auxiliary power units, upgrades to aircraft skin and frame, landing gear, pressurisation systems and modernised avionics designed to extend its service life beyond 2040.

Be sure to stay tuned to the CQ Plane Spotting Blog for all the latest news and updates on the movements of the mighty USAF C-5M Super Galaxy via our Facebook page:  https://www.facebook.com/cqplanespotting/

Sincere thanks to local plane spotters Daniel B, Kayanne H and 'IAD' for taking the time to capture and send through these great photos of the Galaxy at Rockhampton Airport!