On Friday 15 September, Jetstar Airways Airbus A320 VH-VQH called into Proserpine (Whitsunday Coast) Airport while operating the JST832 scheduled service from Melbourne (Tullamarine).  It is the first visit of this A320 into CQ since stickers were added to both sides of the aircraft earlier in the week promoting the release of the first Australia-specific version of the classic board game 'Scrabble'.


Jetstar is partnering with Mattel on the launch of the new 'Aussie Scrabble' board game.  It is the first country-specific version of the classic board game which sees several favourite Aussie slang words added to the Scrabble vocabulary.

As Jetstar said:  "To celebrate the release of this family favourite we are proud as punch to introduce our newest fleet member, the Aussie Scrabble A320. Fair dinkum, it sure is a beauty!" 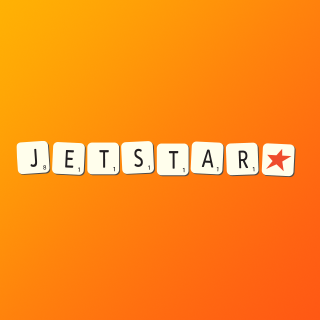 VH-VQH returned to Tullamarine just before lunch time as JST831.

Like most low-cost carriers around the world, VH-VQH is just another in a long line of Jetstar Airways aircraft that have been involved in a number of advertising campaigns over the years.  At present, two other Jetstar Airbus A320s are still flying around the skies of Australia and New Zealand with extra promotional stickers - Airbus A320(SL) VH-VFY wears stickers promoting nutritional supplements and health foods brand 'Bio Island' while fellow A320(SL) VH-VFU wears stickers promoting Choice Hotels new travel blog 'Needabreak.com'.

Of course, A320 VH-VGF still flys around in its distinctive orange livery since it was unveiled in 2014 to celebrate 10 years of flying for Jetstar.  The starboard side of the fuselage features text saying 'Low fares forever', while the port side has the phrase '#jetstargeneration' to signify the generation of travellers who have taken advantage of the low fares Jetstar has brought to the Australian market.

Photo taken by William Reid  ©
Posted by Damian F at 9:30 AM