A little bit more positive news to report for Alliance Airlines with Fokker F-70 VH-QQY popping into Gladstone Airport on Monday 25 September operating a closed charter flight from Cairns as UTY3382.  It had earlier positioned into Cairns from Brisbane as UTY3381.


It appears that the little Fokker jet brought the cast and crew of the Channel 9 breakfast television program 'The Today Show' to town in preparation for their live broadcast from Seventeen Seventy on the morning of Tuesday 26 September. 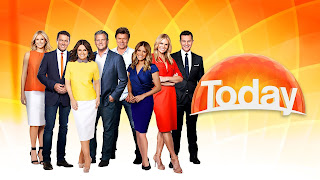 After the broadcast was complete, VH-QQY was loaded and departed just after lunch on Tuesday 26 September to Griffith in New South Wales as UTY3383 as 'The Today Show' tour continued during this week.