The second 'wave' of heavy jet passenger charter flights in support of the Singapore Armed Force's Exercise Wallaby 2017 looked to wrap up late on Wednesday 27 September with Singapore Airlines Boeing B777-200 9V-SRO calling into into Rockhampton Airport. 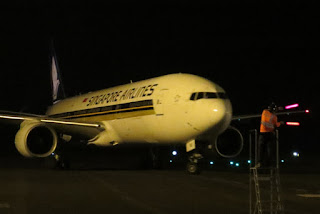 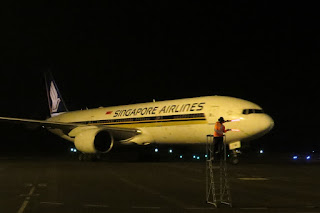 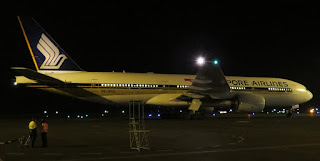 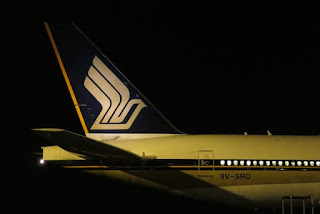 9V-SRO arrived into Rocky directly from Singapore's Changi Airport as SIA8933.  This time however, it touched down empty and only ferried personnel and their bags home to Singapore after their participation in the Exercise. 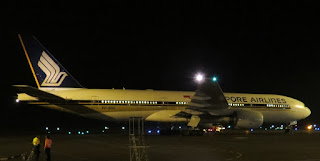 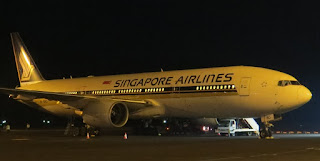 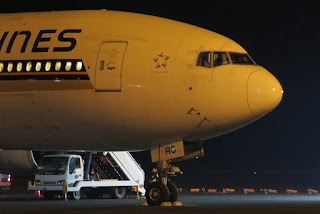 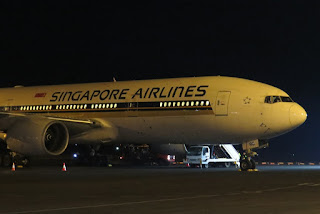 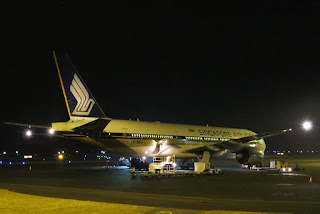 After loading a full flight of personnel and their bags, 9V-SRO returned to Changi a short while later but as SIA8934.

This movement wraps up the second and largest 'wave' of heavy jet passenger charter flights to Rockhampton Airport in support of Exercise Wallaby 2017.  The third and final 'wave' is expected to touch down in the middle of October at the conclusion of the Exercise.

An Antonov AN-124 cargo aircraft is also expected to return to Rockhampton Airport after this, completing two flights to ferry both the Republic of Singapore Air Force (RSAF) Boeing CH-47SD Chinook and Boeing AH-64D Apache helicopters home to Singapore after their participation also during the Exercise.

All photos taken by Kayanne Hardsman  ©
Posted by Damian F at 6:57 AM