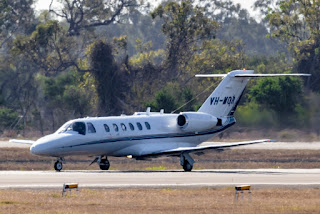 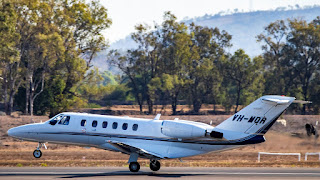 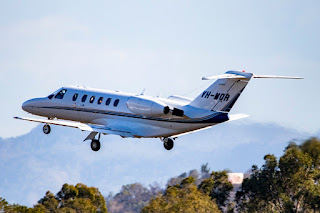 VH-MOR arrived from its Archerfield base and was later photographed departing to Hamilton Island Airport.

At the time of writing, VH-MOR seems to be staying on Hamo for at least the night.

Of interest, it appears that VH-MOR ventured to Theodore Airport from Archerfield and Brisbane last Wednesday 19 September.  After staying for the night, it returned to Brisbane and Archerfield on Thursday 20 September.

All photos taken by Russell Prothero  ©
Posted by Damian F at 6:28 PM