After making a spectacular arrival the previous day and spending the night parked on the Rockhampton Airport parking apron, on Friday 14 September, the visiting Volga-Dnepr Antonov AN-124-100 RA-82046 departed Rocky for Cairns as VDA3195. 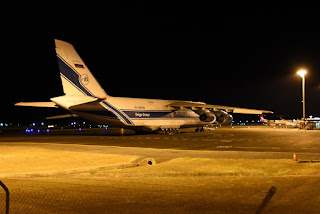 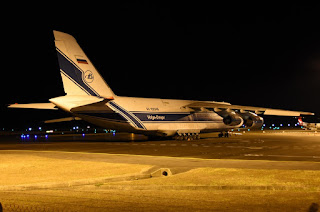 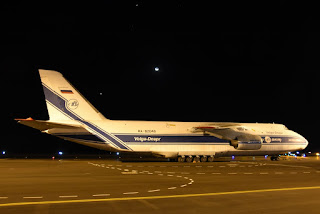 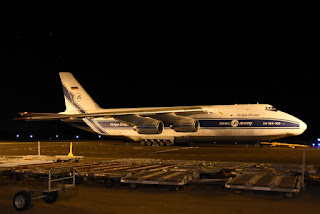 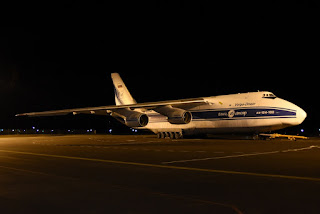 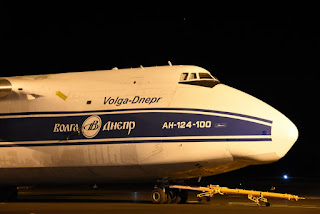 With crew preparations completed ahead of 'schedule', the massive aircraft taxied away from Gate 6 at the Southern end of the Rockhampton Airport apron, and then quick entered, back-tracked and then lined up on Runway 15 where it sat for four-minutes to 'warm up the engines'! 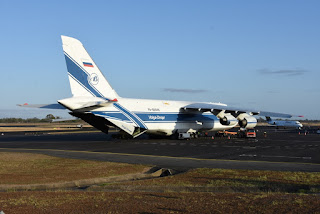 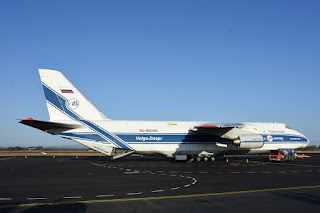 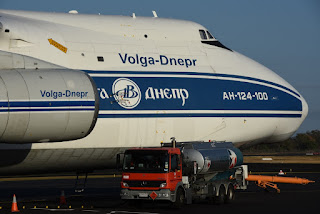 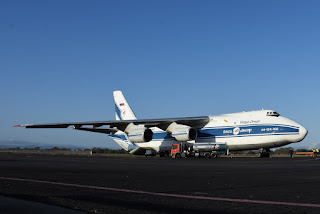 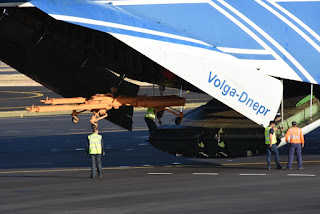 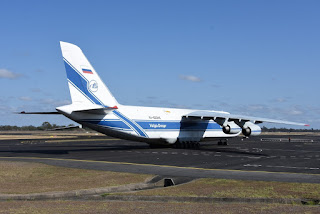 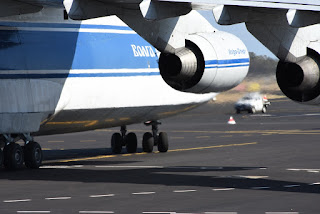 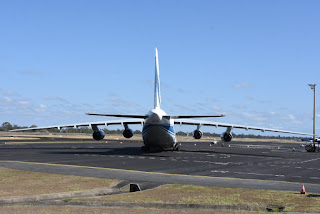 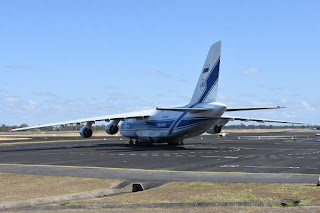 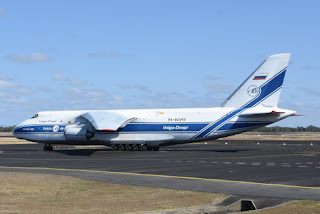 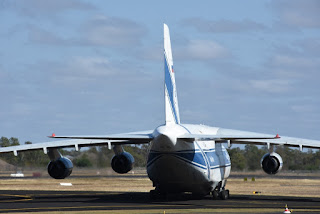 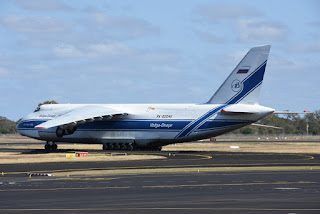 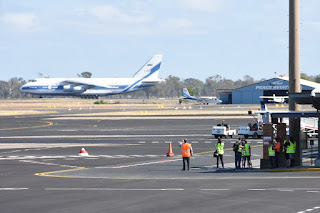 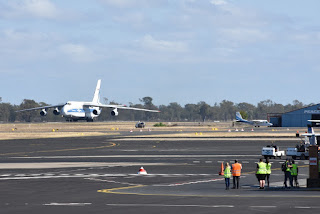 Eventually, the Antonov lifted off gracefully and turned towards Cairns where it seems to be still parked as this post is being written. 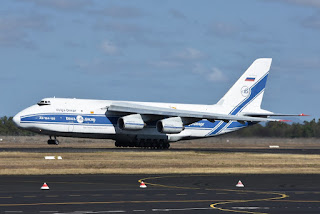 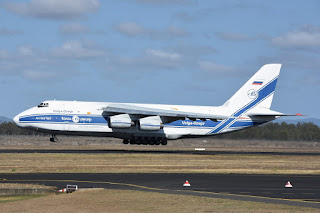 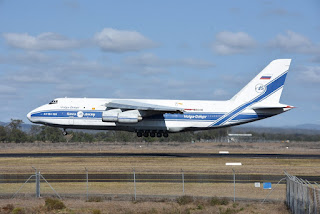 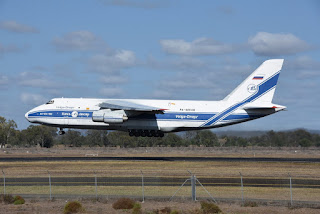 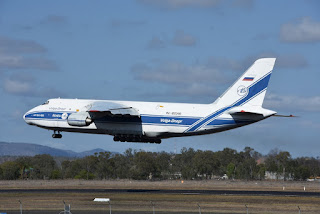 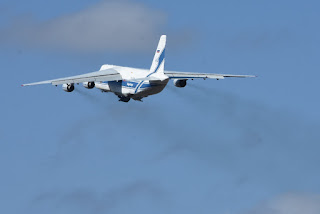 As mentioned below, RA-82046 delivered four Republic of Singapore Air Force (RSAF) Boeing AH-64D Apache helicopters into Rockhampton Airport direct from Paya Lebar Air Base in Singapore.  They are now in the process of being re-assembled and will be then test flown ahead of their participation in the Singapore Armed Force's Exercise Wallaby 2018 which is expected to kick-off in the next week.

This will be the only inbound flight by the Antonov AN-124 with the RSAF now basing their Boeing CH-47D Chinook helicopters with their Aerospatiale / Eurocopter AS332M Super Puma helicopters at the Oakey Army Aviation Centre.  The Antonov will be back in mid-November to transport the Apache helicopters back to Singapore once Exercise Wallaby 2018 is over.

The heavy jet action is expected to resume at Rocky late next week or over that following weekend, with passenger charter flights from Singapore expected to commence with reports suggesting that once again Singapore Airlines, Royal Brunei Airlines and Air New Zealand will be operating the charters this year.

Sincere thanks to local plane spotter Kayanne H for taking the time to capture and send through these great photos and video of the Antonov AN-124 at Rockhampton Airport!

Photos and video taken by Kayanne Hardsman  ©
Posted by Damian F at 6:24 PM